Palmer to be castigated for flag fiasco 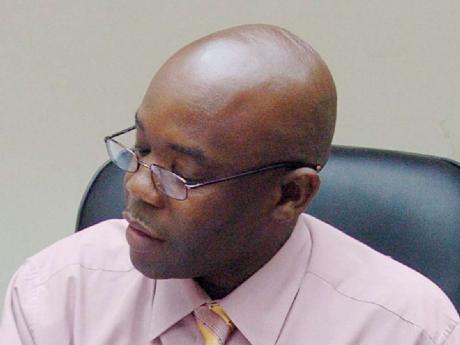 WINSTON PALMER, the secretary/manager of the St James Parish Council, is to be reprimanded by the Parish Council Services Commission (PCSC).

The secretary/manager will be rebuked for his role in the flag foul-up controversy, which occurred during the swearing in of Councillor Glendon Harris as the new mayor of Montego Bay.

During the ill-fated ceremony, which was staged inside the Montego Bay Civic Centre, the 'green' was left out of the national flag, which was used as a backdrop, triggering a civic and political firestorm.

In its six-page report, which emanated from an investigation ordered by Local Government and Community Development Minister Noel Arscott, the PCSC recommended the reprimand of the secretary/manager.

"The St James Parish Council is to be advised of the appropriate reprimand that should be issued to its secretary/manager regarding his role in the alleged misuse of the Jamaican flag," the PCSC report stated.

When Palmer was contacted by The Gleaner for a comment, he said he was not aware of the proposed action against him.

"I have not received any such document," Palmer said. "I cannot make any comment about it because I have received no such document."