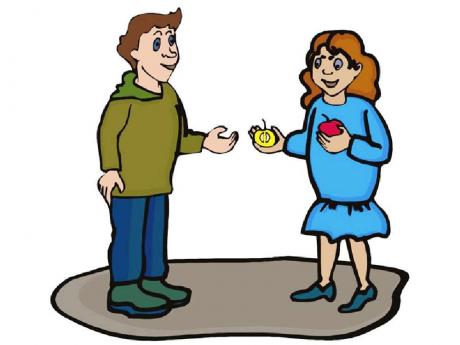 Q. Doctor, could you help me with a problem that I think no one else has? I am female, age 19, and I am pretty sure that I am in love with a guy. He is handsome, kind, and generous. He is four years older than I. He seems to like me, but he has not kissed me yet.

The problem is that he is my cousin. He is the son of my mother's sister, so we are first cousins. We are also related through a distant aunt. We kind of grew up together. I would really like to marry him and have his children. But I know that there are some of prohibitions against marrying cousins and other relatives. So what do you think, Doc? Is there any future for us? And should I go ahead and encourage him to kiss me, and even maybe have sex with me?

A. Please don't rush into this relationship. You have to be very careful about having sex with folks who are related to you. Yes, you are right in saying that there are some legal prohibitions in connection with this type of thing. And there are very good medical reasons for those prohibitions.

Such prohibitions go back to biblical times. You are probably aware that for thousands of years, people have been forbidden to marry close relatives. And it is a good thing that we have had those rules.

Why? Well, the important medical fact is this: If you have a child by a close relation, then there is a greatly increased chance that the baby will be sick in some way. This is because of the unfortunate reality that many human beings carry harmful genes.Happily, a lot of those genes are what is called recessive. That means that they don't do any harm to a children unless he or she inherits recessive genes from both parents.

Now, close relatives often have the same recessive genes. That is why intermarrying within a family will sometimes produce a child who has severe health problems. So the law quite rightly prohibits you from marrying your uncle, or your nephew, or your brother!

What all this adds up to is that legally, you could marry this handsome guy who is your first cousin. However, there is no doubt that doing this would slightly increase your chances of having a baby with severe health problems.

Leaving aside the question of marriage, what about just having sex with him? Under Jamaican law, that would not lay you open to a charge of incest. But if you became pregnant, the baby would be at a slightly increased risk of abnormality.

Summing up, personally, I do not think that you should pursue your interest in this young man. You don't seem to be too sure that you love him. And you haven't said anything to indicate that he has a sexual or romantic interest in you. Therefore, my advice to you is to leave him alone, and to look around for some other nice young guy - who is not related to you.

Q. I am very afraid that I may have got a girl pregnant without having sexual contact with her. Last week, I was staying overnight at a friend's house. I was feeling desperate for sex, Doc. So I went to the bathroom and masturbated.

When I had recovered, I went back to my room to watch TV. A few minutes later, I heard my friend's sister walking along the corridor and entering the bathroom. At that moment, I remembered that a few drops of my fluid had landed on the toilet seat. I had forgotten to clear them up. Doc, do you think my sperm could have entered her body when she used the toilet? I have been feeling panicky about this all week.

A. Please calm down. It is almost unknown for girls to conceive as a result of coming into contact with stray drops of seminal fluid. I do not think that there is the slightest chance that this young woman is pregnant.

Q. Doctor, if I got fitted with one of those coil things, would my boyfriend be able to feel it during sex?

A. The coil, or intra-uterine device, is a very good method of contraception which millions of women use worldwide. Its chief drawback is that it tends to cause period problems, namely:

When a doctor or nurse inserts a coil into the womb, there is a short thread, rather like sewing thread, which dangles down into the vagina. It is less than an inch in length. So it is not very noticeable. However, it does give some guys a tickling sensation during intercourse. Rather surprisingly, many of them actually like this. But it is also possible for a stiff thread to give the male a little painful jab on the tip of his penis. If that happens, a doctor can easily cure the problem by trimming the thread.