West Indies the ones to beat 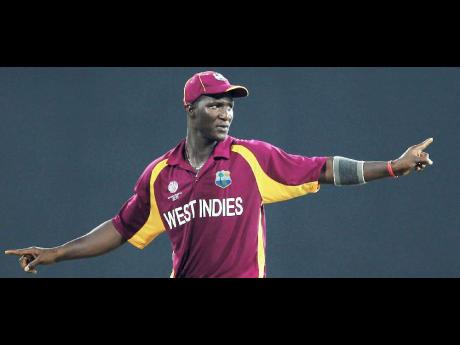 West Indies have found themselves in an unfamiliar position, attempting to shake off the flattering but dubious tag of favourites ahead of today's start of the three-match one-day international series against England.

A side referred to at the start of the Test series as "waifs and strays" by one English writer is now being branded as the ones to beat, following the return of several high-profile names for the shorter version of the game.

"I have not heard favourites and West Indies in the same sentence for a long time. It's good that you recognise that," Sammy joked with reporters.

"England in England are always difficult, we're not going to take it (series) for granted but we believe as a team that we should win the one-day series, but we've got to go out there and play accordingly. (We have to be) smart and consistent.

"We've not won a one-day series against higher-ranked opposition in a while and it would be good to manage all the distractions and focus on what we have to do, and that is going out there and putting in an excellent performance."

The Windies have lost their last five one-dayers against England and last beat them in a series five years ago when they came back from 0-1 down to win a three-match contest, 2-1 away from home.

Against higher-ranked opposition, the tourists have an abysmal record, losing their last 12 series dating back to 2008.

West Indies, however, have been boosted by the return of their IPL stars who helped them steal an exciting 2-2 draw in the five-match ODI series against Australia in March.

The star attraction is flashy opener Chris Gayle who is back in the fold following a 14-month exile owing to a stand-off with the West Indies Cricket Board, and he has been joined by mystery off-spinner Sunil Narine, pinch-hitters Dwayne Smith and Kieron Pollard and effervescent all-rounder Dwayne Bravo.

They will combine with in-form batsman Marlon Samuels, Darren Bravo and Sammy in a side that could prove quite a handful on the day.

Sammy said all the players looked in "good touch" and admitted that it would be difficult to settle on the final XI.

He, however, cautioned against overconfidence, stressing the importance of performing when the moment arrived.

"We've got some serious firepower in our line-up but, with that said, we still got to be smart and play each ball on its merit," Sammy warned.

"We've still got to rotate the (strike) around and get the singles in-between, but it's good to have all that firepower in one squad."

A series win would help West Indies salvage some pride from what has been a wretched tour where they lost the Test series 0-2, were clobbered by England Lions in a tour match and had two warm-up games wrecked by rain.

England, meanwhile, will try to adjust to life in the post-Kevin Pietersen era, after the tall, big-hitting right-hander retired from ODIs earlier this month.

Captain Alastair Cook said England was ready to move on, however.

"Clearly, Kevin is a world-class player and he's scored a lot of runs and has played some match-winning innings for England," Cook said.

"But we've won games before without him, against Pakistan in 2010 and against India. Clearly, when he's in the form he is now he'll be missed but we'll move on as a team."