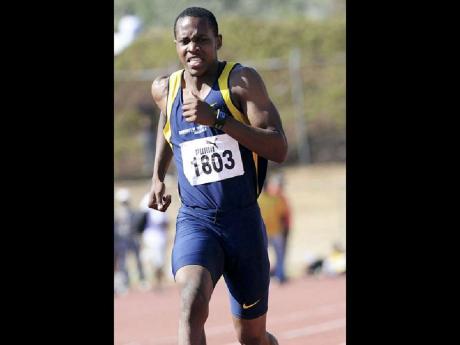 THE cream of the island's junior athletes will be in action today and tomorrow at the National Stadium at the Supreme Ventures/JAAA National Junior Championships.

Action begins at 11 a.m. with the Under-20 boys 5000 metres final and the Under-18 boys discus. One of the feature events on today's opening day will be the Under-20 boys 100 metres which will have its final at 5:20 p.m. For the first time in several years all of the country's top male junior sprinters are fully fit and the event promises to be hot.

Two global junior champions, World Youth 100m champion Odail Todd and World Youth Olympic champion, Odean Skeen are expected to be among the starters where they will be joined by Carifta Under-20 champion Jahzeel Murphy and the fastest junior this year, Julian Forte.

Forte, a student at the University of Technology, has been in great form and his personal best 10.19 seconds, set at a JAAA All Comers meet several weeks ago, has him at joint third on the IAAF World Junior list and he will enter today's 100m as the favourite.

Skeen, Forte's former teammate at Wolmer's Boys, has been running into top form this season following an injury. He clocked personal best 10.33 at the UTech Classic in April and since then has led Wolmer's to sprint relay wins at the Penn Relays and the JII Meet.

The very talented Murphy of Bridgeport High, once touted as the next Usain Bolt, showed at the recent Adidas Grand Prix in New York that he is approaching his best with a good second place finish in the Dream Boys 100m, clocking 10.47 for second.

With a season best of 10.42 in Montego Bay in February, Todd will be hoping to book his spot for Barcelona in a bid to emulate the performance of Dexter Lee who won gold at both World Youth and World Junior Championships.

Edwin Allen High Christania Williams, the World Youth 100 metres bronze medallist has recovered well from her injury suffered at the high school championships and she looks set to capture the 100m title where her main challenge should come from Racers Track Club's Deandre Whitehorne.