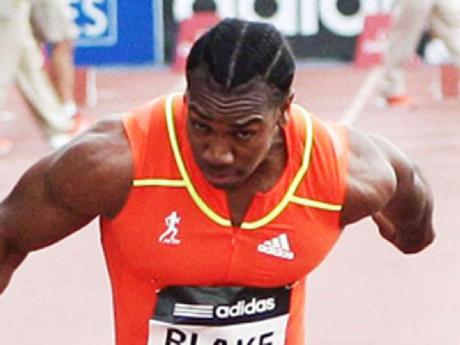 World champion Yohan Blake will be looking to fine-tune his preparation ahead of the fast-approaching Jamaica Athletics Administrative Association/Supreme Ventures Limited National Senior championships with a 100m appearance at today's Donovan Bailey Invitational at Foote Field in Edmonton, Canada.

Blake, 9.84, the second fastest 100m athlete this year, is expected to continue his unbeaten season in a field that also includes countrymen Lerone Clarke and Michael Frater. His Racers Track Club training partner Daniel Bailey and American Trell Kimmons will also be on hand to keep the young Jamaican honest.

Blake, while speaking in Canada, said that he was happy to be competing at the meet, which in named in honour of one of the country's most respected sporting figures, Jamaican-born Donavan Bailey, who won gold medals in the 100m and 4x100m at the 1996 Olympic Games in Atlanta.

"It's not every time that you want to go to Europe to compete," Blake said. "I think Donovan Bailey is a really good person.

"You want to show your support for everything he has done for track and field over the years by coming here and running in his meet."

Richard Phillips will test himself against world champion Jason Richardson in the 110m hurdles and Dexter Faulk, whose 13.13, makes him the fifth fastest in the world so far this season.