'I'm back now ... I want to contribute' - Gayle puts controversy behind him and targets form 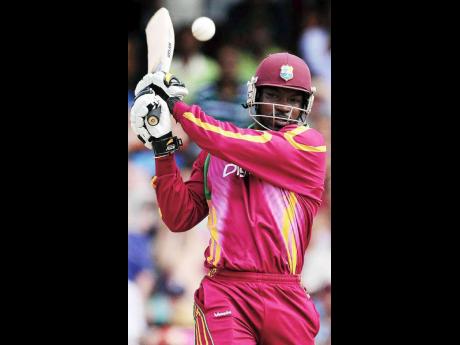 Talismanic opener Chris Gayle says he has put to rest the last 14 months of animosity and is now focused on helping to transform the fortunes of West Indies cricket.

The 32-year-old Jamai-can had been involved in verbal sparring with the West Indies Cricket Board (WICB) since the World Cup last year, leading to his exclusion from selection to the Caribbean side.

With a solution to the impasse brokered last month with the help of two Caribbean prime ministers, Gayle said the controversial issues were now in the past and scoring runs was now his main priority.

"Everything has been rectified. We're all here as one and the main objective is trying to contribute to West Indies cricket," Gayle told reporters.

"I've scored a few centuries over the last couple of years and I actually want to contribute more, get more runs and a few more centuries for West Indies.

"The most important thing is to try and get a few series wins because the pressure has been there. Even when I wasn't playing, the pressure was still a part because I am still a part of it (West Indies cricket) whichever way you look at it.

"I'm back now and I want to contribute in any way I can."

Gayle has been West Indies' most successful opener over the last decade in all forms of the game, but found himself on the sidelines after lashing out at the WICB and head coach Ottis Gibson in a highly charged radio interview, following last year's World Cup.

Since then, he has plied his trade in the myriad of Twenty20 leagues across the globe, playing in Zimbabwe, Bangladesh, Australia and, more recently, in the Indian Premier League (IPL).

He said having been out of the side so long, the key was fitting back into the unit and settling down quickly.

"The important thing was just to fit in as quickly as possible. Once you actually get settled, everything will just come back as normal. You get back that feel again in the environment that you've been out of for a year," the left-hander said.

"Once you get that feeling and get back in your comfort zone, things become a lot easier. Once you get across the rope, it should come along in your cricket as well."

Gayle played his first match in Windies colours this week, scoring 34 from 30 balls as the tourists crushed Middlesex by 228 runs in a one-day warm-up match at Lord's.

A dominant batsman, Gayle admitted he suffered from nerves early in his innings on Wednesday.

"It's good to be back in my number 45 and representing the West Indies once more.

"I had a good start. Started out a bit nervous, but eventually I actually fitted in and things came along well," he said.

"I am human. I felt a bit nervous. I'm glad I played this game and I'm looking forward to the first ODI ... I should be in a better state of mind."

West Indies face England in the first one-day international of the three-match series today and have been buoyed by the return of several key players.

Gayle has been joined by star IPL off-spinner Sunil Narine, pinch-hitters Kieron Pollard and Dwayne Smith, along with all-rounder Dwayne Bravo, in a squad that has been tipped to strongly challenge England.

"It's a good all-round team. When you look at the squad we have a lot of talent there," Gayle pointed out.

"There are a lot of power-hitters, but we still have a lot to do in terms of rotating the strike, getting the singles and playing smart cricket. Once we do that, I'm sure we can get good runs on the board and hopefully whatever we do we can defend it with the ball as well."