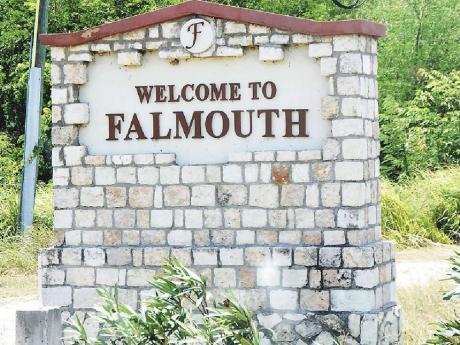 Falmouth was created from seaside lands owned by Edward Moulton Barrett in 1790. Barrett sold portions of land to planter friends, but kept the waterfront. He donated what remained for the building of a courthouse, church, and public gardens.

Named after Falmouth in Cornwall, England - the birthplace of then British governor William Trelawney - it became the capital of the parish of St James, of which Trelawny was once a part in the 1790s, taking over from the town of Martha Brae in a move sanctioned by the Vestry.

Falmouth was carefully laid out with narrow streets named after 18th- and 19th-century British sovereigns and heroes. In the late 18th to early 19th century, Falmouth was one of the busiest towns in Jamaica during the heyday of sugar.

Planters flocked to Falmouth with their slaves in tow. In the late 1820s, there were some 25,000 slaves in Trelawny alone. Most houses were Georgian-style and said to be the finest known outside of Britain.

Falmouth's harbour was guarded by Fort Balcarres, which was moved from the centre of the town and relocated by the sea. Today, it is the site of the Falmouth All-Age School.

The conical-shaped foundry in the town centre supplied bedsteads for British soldiers and repaired parts of British ships and sugar mills.

On weekends, the town square was transformed into a colourful food market organised by slaves. They initially traded ground provisions but increased the types of goods on sale, and buyers began to include the planters themselves, in addition to merchants, sailors, and tradesmen. An actual market was built in 1896 and still stands today - the Albert George Market.

On the religious side, famed abolitionist William Knibb preached in the Baptist Church or Manse, known for its stonework and wooden staircase.

Knibb became the spokesman for the Jamaica Baptist Church. He was arrested in 1832 on grounds of subversive preaching and inciting rebellion in what was known as the Baptist War.

The rebellion resulted from a rumour that the slaves had been freed but had not been so informed by their masters. Great houses and cane fields were burned and 15 whites were killed. Three hundred slaves were hung in reprisal.

Post-emancipation, Falmouth's fortunes as a commercial centre waned. The ex-slaves left the town in droves and settled in free villages across Trelawny, including Martha Brae, Granville, Refuge, Kettering, and Alps.

Sugar production fell by over 70 per cent, and by the mid-1800s, close to 150 sugar estates had been abandoned.

- Information taken from The Gleaner's Pieces of the Past feature.