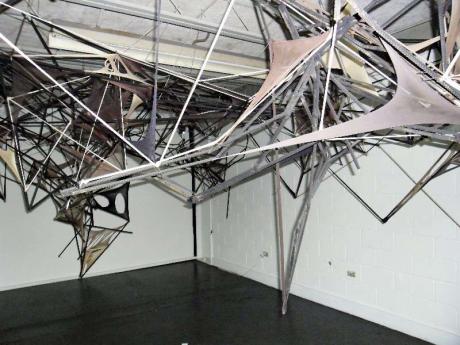 Duane Allen's 'Entrapment' captured the imagination of many. 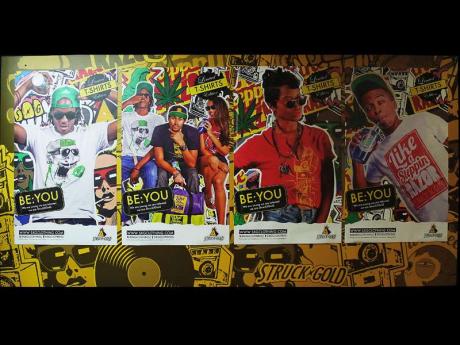 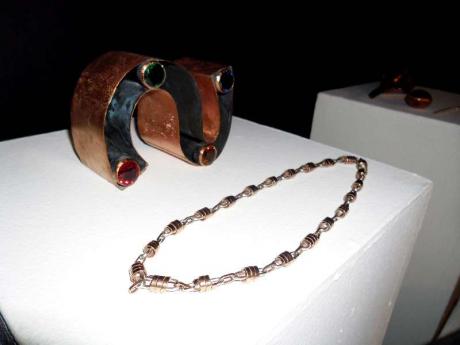 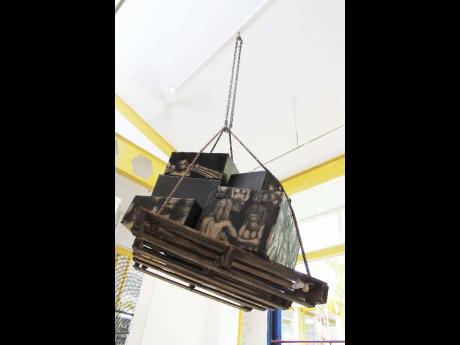 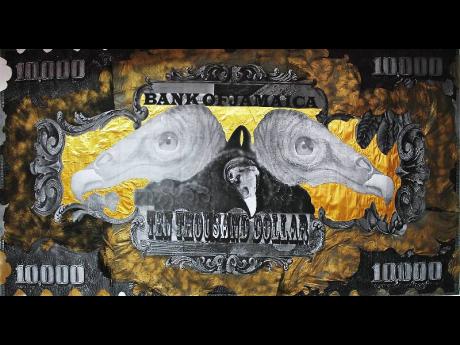 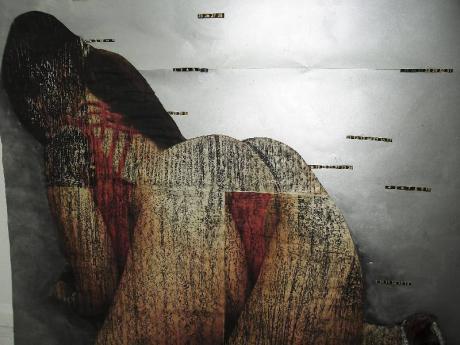 Lorenzo Senior's 'crouching woman' was among several of his pieces that captured the attention of showgoers at the opening of the final year show.
1
2
3
4
5
6

It's not unusual for artists to weave social commentary into their work. But when the artists are a bunch of newcomers who are as bold as this lot, the art world is bound to take notice.

That bunch is 45 final-year students of the School of Visual Art at the Edna Manley College of the Visual and Performing Arts.

Haunting, thought-provoking and stimulating are but a few adjectives the young artists would have left on the tongues of viewers to their annual final-year students' show on Saturday, June 2, as they dabbled in several topics: from governments' deception to obsession, homosexuality to pornography, skin bleaching to black pride, dancehall to wildlife preservation - none was spared.

Working in a number of disciplines such as visual communication, painting, jewellery, sculpture, textile and ceramics, the impressive and well-attended show had several standouts.

Among them was the petite Vincentian, Crista Lewis, who told The Sunday Gleaner, "I like frogs. They're unique."

Plight of the frogs

Mounting an informative and interactive exhibit on the slippery creature, she highlighted the plight of six endangered and unique frogs found in the Caribbean.

From frogs to candy-inspired clothing lines, the concepts were eye-catching and mind-boggling, showing in-depth research by the students while highlighting their individual passions.

Visual communication student Janine McLaren's passion bordered on an "obsession" with candy. The sweet tart littered everywhere - from the floor to tables, filling up mugs and saucers. It even adorned the bodies of McLaren's models, who all licked and sucked on - you guessed it - candy.

In the distance, a
near pitch-black theatre created by Machel Evans, captured viewers'
attention. Examining the nuances of 'flossin' through a documentary/film
showcasing "the hype in Jamaica's dancehall culture and the poor
economic lifestyle of the 'flossers'", Evans showed how priorities such
as children's education and nutrition are sacrificed by the 'flossers'
to feed their lifestyle.

The beautiful tonality
etched in Evans' work lent itself to several interpretations, suggesting
various moods at play in arriving at the final
finish.

Admitting as much to The Sunday
Gleaner, the fine artist said: "I had a mix of feelings
learning to become one with the materials [and] learning to be
passionate, so that you might see a mix of frustration [in my art]," he
explained.

Further down the hall, Lorenzo Senior and
Duane Allen's works created quite a stir. Works such as his depiction of
Portia, 'The Saviour', atop her throne with her doting subjects below,
evoked much laughter. But, in a more sombre tone, 'Peel Proud',
'Nigger's Aroused' and the inescapable homosexuality debate, in
'Emancipation', sent chilling messages.

Arguably the most impressive showing of the
night, Duane Allen's 'Entrapment' kept everyone
guessing.

What first felt like a spaceship with beams
jutting from everywhere in freezing air condition, and a beam of light
from two ends of the room, turned out to be Allen's take on how
governments trap their citizens in their quest for
power.

Fusing architecture with his art, he said, "My
lecturer told me to take a risk, and so I did, it's a combination of
research in entrapment and my interest in
architecture."

An embodiment of intricacy, it took the
artist two weeks to mount the almost 100 orthopaedic and regular navy,
charcoal, off-black and smoky grey stockings plus steel, a project he
said he undertook by himself in order to get it
right.

Langi Lala Studio's Peta-Ann Smith brought lots
of drama with her catchy Caribbean-inspired characters and
children's-book illustrations. So, too, did Horace Miller with his
beautiful jewellery creations.

The 'Nuh Behavia'
visual communication artist Kadine Chin put the lid on the show with her
complete party concept. The 'Nuh Behavia' package, according to Chin,
includes dancing men and women, entertainment, and a bar, among other
things.

"What we push is entertainment. We don't
frown on anything," she said, adding, "There's nothing gay about this,
we can tone it down," referring to the trio of women gyrating on each
other, including one seeming to be in her
50s.