Danger 'under the clock' - HWT has most crashes; Runaway Bay highest fatalities 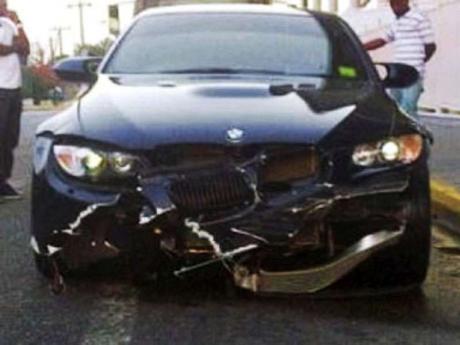 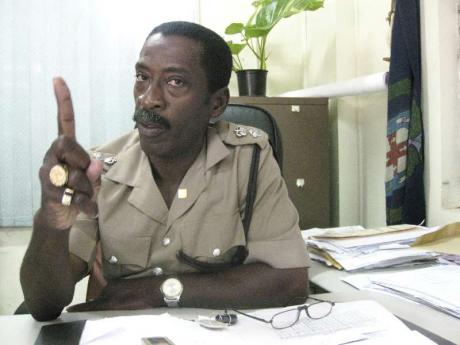 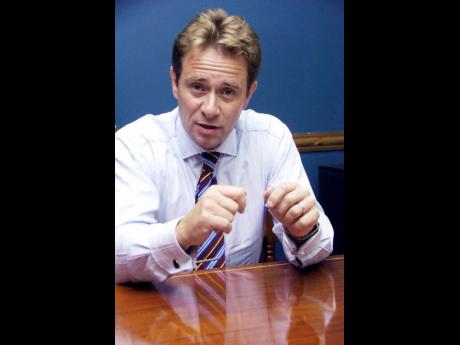 Almost invariably, sprinter Usain Bolt is at the head of the pack on the track, but last Sunday he became just another statistic on the road. Bolt's early morning accident in Half-Way Tree, when his car hit a guard rail, reinforces what a 10-year analysis of accidents across Jamaica has shown - Half-Way Tree had the most crashes, 3,674. central downtown Kingston was second in the accident ranking.

The study was done by Mona GeoInformatics at The University of the West Indies (UWI); its director, Dr Parris Lyew-Ayee, presenting the findings. The crashes were analysed by event, parish, road, community and time scale.

"Urban areas have more crashes as they have more cars with more occasions to run into each other," Lyew-Ayee pointed out.

While Half-Way Tree had the most crashes of any one community, from the 72,000 accidents mapped from 2000 to 2010, Runaway Bay had the most fatalities. It was not a surprise, therefore, that the study showed the North Coast Highway, in the Runaway Bay vicinity, as the section of Jamaica's roads most prone to fatalities. Next is Mandela Highway, in the Caymanas vicinity. Three per cent of all crashes ended up in fatality.

The country's most crash-prone roadway is Constant Spring Road, in the vicinity of Dunrobin Avenue, followed by the North Coast Highway, around Ocho Rios.

At the 'Intervention to Save Lives on our Roads' seminar, held in mid-May at the Knutsford Court Hotel, JN General Insurance Company (JNGI) general manager, Chris Hind, signed a memorandum of understanding with the minister of transport, works and housing.

"This will enshrine our joint effort with the ministry's Road Safety Unit and Mona GeoInformatics to identify crash hot spots and encourage motorists to 'Tek Time Drive. Arrive Alive' in order to reduce the carnage on our roads," Hind stated.

Hind gave personal testimony to the potential dangers of a section of road which was prominent in the Mona GeoInformatics study, saying, "Every day I see the Coaster buses racing on Constant Spring Road." Still, the study showed the pattern of crashes for public-passenger vehicles to be consistent with the overall pattern.

While speeding was found to be the leading cause of fatal crashes, it was not the main cause of crashes. That dubious honour went to tailgating, at 20 per cent, followed by failing to stay in the lane (10 per cent). Six per cent of crashes were attributed to speeding. The all-too-common crash into the back was the most common type of crash, side-swiping coming next.

The crash analysis study is also expected to assist the Traffic Division of the Jamaica Constabulary Force in developing strategies to reduce the mayhem. The analysis can assist in scheduling high visibility patrols, and helping to tailor other enforcement measures to fit the crash profile of target areas.

Fatal accidents have already been reduced by six per cent since 2009, said Radcliffe Lewis, senior superintendent of police, Traffic Division. He pointed out that road fatalities are projected to fall below the 300 mark in 2012, the first time Jamaica would fall under that figure since 1995.

Lewis said the success in reducing traffic fatalities "was not achieved by luck or the waving of a magic wand, but by carefully designed strategic, tough, and firm policing".

"The police aim to manage traffic in order to further reduce crashes and save lives," Lewis stated.

He added: "We will educate, advocate, create and support sustainable road-safety programmes and partnerships nationwide."

Bolt finished out of the frame in another statistic from the Mona GeoInformatics study with last week's Half-Way Tree bang-up - the study found that most crashes take place during the day.