GraceKennedy ready for any test - Tackles risk through scenario planning 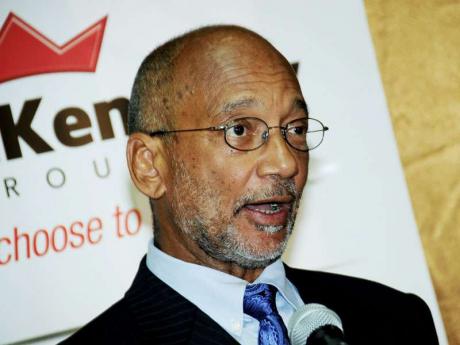 The conglomerate began the simulations during the local financial-sector meltdown of the 1990s and revived them during the 2008 global economic crisis.

Orane viewed the tests as "patriotic" planning, but at least one manager view the early simulations as a bet against Jamaica and informed the prime minister.

"Now that I am retired, I can say things that I wouldn't when I was CEO," said the GK chairman who last year gave up the job of running the conglomerate to Don Wehby but retains responsibility for oversight as head of the board.

Orane spoke on the theme of conglomerate risk last Tuesday as guest of the Global Association of Risk Professionals Jamaica chapter meeting in New Kingston.

Orane analogised risk management to that of devising his family's methodical earthquake emergency plan: Each family member's car contains a first-aid kit, survival knife, a supply of food and water and sneakers and a predetermined check-point.

GraceKennedy "will continue running no matter what happens in Jamaica because we have done the scenario planning for it," he said.

"When Lehman Brothers went belly up the Sunday evening in September 2008 we actually went into a different mode and we created several scenarios as to what could happen in the world and we worked through each one," he said.

The simulations were done at a business conference with 600 people in the room.

"What it demonstrated was that whatever happens we have strategies in place to make sure that the company will not only survive but thrive," he said.

The 2008 scenario was an improvement on the 1990s planning which was more private and confined to managers to test the conglomerate's resilience to the ongoing financial shocks.

Orane said information about the simulations was leaked to then Prime Minister PJ Patterson.

"When we started scenario planning in the late 1990s-early 2000, we actually had some of those worst-case scenarios — of course, worst case is worst case—and it was with managers, and not the entire organisation," he said.

"You know, somebody actually went to the then prime minister and said that 'GraceKennedy has this thing working out that Jamaica, is going to mash up'," he recalled. "In other words, scenario planning to that unfortunate manager's mind was being unpatriotic - and it was the opposite. What we were doing to ensure that no matter what happens in terms of shocks to the system was that Jamaica and the company survives."

The conglomerate had about 23 unbroken years of increased annual profit up to the late 2000s. This profitability occurred despite macroeconomic challenges of low growth, inflation, high debt and increased taxation.

The GraceKennedy group's annual profit performs consistently above J$2 billion per year. Its equity totals J$31 billion from J$101
billion in assets. Additionally, two-thirds of its equity is derived
from retained earnings at J$20 billion which represents a supply of cash
capable of rescuing any troubled
subsidiary.

GraceKennedy had one of its biggest scare
on risk in 2009 when it was forced to intervene in banking subsidiary
First Global after an accused rogue trader cost the bank up to J$1.68
billion.

GraceKennedy recapitalised the bank, pumping
in J$900 million. The trades caused a shake-out of management, leading
to the separation of the bank president and other
executives.

"My initial reaction was, 'How could this
happen'," he said about the fraud. "I speak about controls, the
methodical signing off each year, that as managers you vouch that
controls are in place; but they were not. It really bothered
me."

Orane said that the last three years has seen
increased and 'robust' checks and balances within the group, including
the recent appointment of a chief risk officer, Kathleen Kennedy, along
with risk officers in each division.

"That's what we
have been doing for the last three years since then, to ensure that we
are much more robust in this regard; to ensure that we function in a
completely different way than the
past."