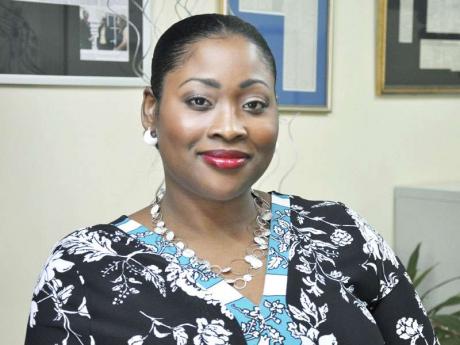 Scotiabank Jamaica has set aside J$300 million for loans to members of the Women Business Owners Limited (WBO) for a selected period under a programme backed by the Inter-American Development Bank.

The financing window, which closes in another nine and a half months, caps individual loans at J$10 million to fund expansion of their operations.

WBO President Yaneek Page said the initiative was based on a 2005 study showing that most female operated businesses employ fewer than 15 individuals, were less than four years old, and had difficulty in making the transition from micro to medium-sized operations.

"Most were started out of necessity without relevant training," said Page.

The Scotiabank funds are available at interest rates of 9.95 per cent for secured credit and 11.95 per cent for unsecured loans, which the bank said was a significant reduction from its base lending rate of 15.75 per cent.

The facility opened for subscriptions on April 1 and closes a year later on March 31, 2013.

Borrowers get seven years to repay loans ranging from J$500,000 to J$10 million.

The funds, the bank said, can be used for working capital; acquisition of new capital equipment; re-engineering of production processes; retooling of business facilities; modernising technology; replanting and resuscitating crops in the agricultural sector.

Initiated in partnership with IDB, the 12-month project, run by the WBO for training, financing and mentoring, hopes to lengthen the lifespan of women-run businesses.

"The 2005 study showed that there was a deficit of businesses which would grow from small to medium and medium to large. Relating to longevity, there were not many which would pass the five-year mark," said Page.

"Most are small, micro and had many challenges. Part of the challenge when women start a business is that it's out of necessity, without training, and it is not capitalised properly."

The loan window, notwithstanding, Scotiabank says it does not recognise women as a demographic who are more likely to pay back loans, or as preferred borrowers.

"The needs of this group are similar to that which exists within the wider SME sector in terms of the need for purchase of equipment, financing of inventory and working capital," she said.

Page notes that with training, WBO members now have "a significant platform for growth". Projects among the group are diverse, including manufacturing, IT, media, agro-processing, events, roofing, construction, real estate, logistics and financing.

To qualify for the loan, borrowers must be WBO members who have successfully completed and graduated from the WBO technical/business training programme; operated as a business for at least 18 months, and a female must own at least 70 per cent of the company.

One study by the Mona School of Business released in 2008 indicates that there are 1,718 women-owned businesses locally. More than 95 per cent of these companies have 15 or fewer employees.