Coconut Park: In search of the right investor to recreate its glory days 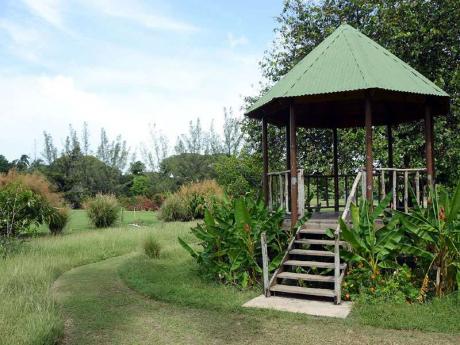 A section of the Hope Gardens property. 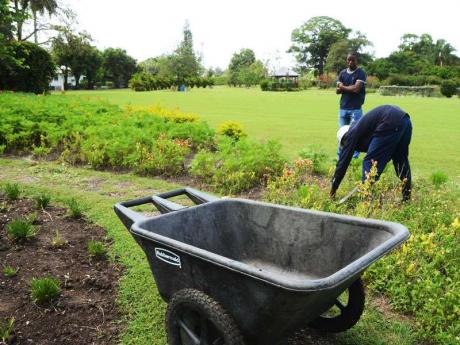 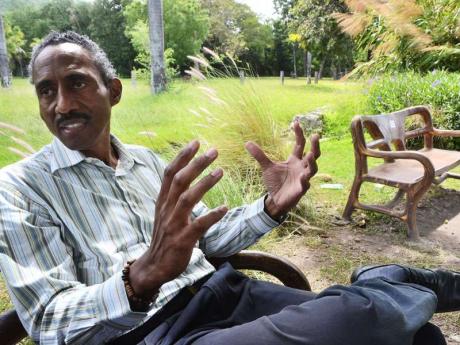 An ancient palm, garlanded with moss, stands sentinel over the pitted driveway which bisects the ancient heart of Hope Botanic Gardens. Sweeping from the driveway, to the north and south, are well-manicured lawns, green and flush from daily watering.

Near to the road's end in a two-and-half-acre gated enclosure lies Coconut Park, shuttered these last 16 years.

And inside the enclosure, grass and small trees grow in wild profusion, watered by the generous rains of May.

What the overgrowth disguises today are the hopes of those who run the Nature Preservation Foundation Limited (NPF), the non-profit company created to run Hope Gardens

Having secured a 49-year lease for the property, the NPF is currently tendering for an investor to recreate the amusement attraction which Coconut Park once was.

So far, no investor is biting, or at least none with the right plan.

The directors believe that the revived attraction will generate enough money - either by lease or profit share - to reduce or even wipe out the big deficit which the 230-acre park runs from year to year.

Fair Share Foundation once owned and operated the park until it was closed in June of 1997 due to financial difficulties and numerous concerns about the safety of rides on the bumper cars, roller coasters, trains, merry-go-rounds, and other attractions.

Today, following tricky negotiations with government for the new lease in 2006, modern plans for the park include a revived zoo, maze, a new orchid house, a revived coconut Park and a gift shop.

Its nursery, used to replenish the gardens of the park and those of private homes far flung, is home to 15,000 varieties of plants.

An annual budget of J$80 million is what it takes to run the gardens, half of which is subsidised by the Government through the Ministry of Agriculture. Some of the remainder comes from corporate donations, rental of facilities for events, sale of plants and other innovative fund-raising strategies.

In 2006 when the foundation took over, a development plan priced at J$242 million was announced with the stated intent to improve amenities and attractions to the point where they can attract 260,000 visitors each year or five times the 50,000 visitors then.

The private sector has made significant contributions, but today John L. Thompson, attorney-at-law and head of NPF Limited, believes that only the reopening of the Coconut Park could stem the tide of red currently reflected in the accounts of the Foundation.

With no comparable attraction having emerged to replace the rides, bumper cars, merry-go-rounds and other fun rides once offered by Coconut Park, the moment is ripe for the reinstallation of a modern fun park in the location, he believes.

The NPF board estimates that it will take US$1 million to US$2.5 million of capital to create a park with basic rides or a fantastic water park, similar to that existing in Negril.

The drawing card, he says, is a ready market of 1.5 million residents in the parishes of Kingston, St Andrew and Clarendon with children and adolescents in need of entertainment.

In its heyday, the park was booked every weekend for one year in advance by schools and church groups from all areas of the island, Thompson notes. History can be repeated, he insists.

Coconut Park as an amusement facility was started in the 1960s by two charities - the Jamaica Association for Persons with Mental Retardation and the Polio Foundation of Jamaica - which created the company Fairshare Limited to run the park as a source of funds for their work.

They were unable to continue maintenance of the facilities.

"As chairman of Fair Share in the mid-1990s, I made the very difficult decision to close the facility. It had become run-down and dangerous. There was also nobody willing, at the time to invest in the facilities," said Thompson.

"While patronage was high, gate receipts for park were not enough to maintain the facility.

Now NPF says it's willing to expand the park by an additional 1.5 acres, making a total of four acres available for a new attraction.

With the resurrection of the gardens and revival of nurseries and the addition of a butterfly garden, reviving the park as a commercial operation has become NPF's new focus.

"We are now accepting proposals formally for the private sector. We have had overtures from both small and large operators. Even Sagicor made a substantial proposal at one time. But now we are doing everything in a structured way," he said.

The current invitation to bid will expire at July month end.

"Our research tells us that there is no other substantial recreational facility in Kingston and St Andrew. Putt & Play is totally inadequate," Thompson said.

On a tour of the gardens, he points with pleasure to the revival of the Hope Zoo by the Kenny Benjamin owned Guardsman Group as a sign of what can be done with Coconut Park.

"In the days when the park was open, the zoo benefited from the spillover. They want to see it reopened as well."

Thompson states that the significant attractions which have sprung up across Jamaica have also expressed some interest.

"When we closed Coconut Park, we had one year of bookings. There is a huge pent-up demand for a place for birthday parties and entertainment events. There are also adolescents, teens and young people whose need for entertainment needs to be filled," said the attorney.

NPF, he said, is open to proposals of any size operation which shows proof of viability. The non-profit company is willing to lease the property outright or to come to an agreement on profit share.

The Botanic Gardens are part of the former Hope Estate that was converted to a public park in the last decade of the 19th century.

Its Sago palms are among the oldest of living trees.