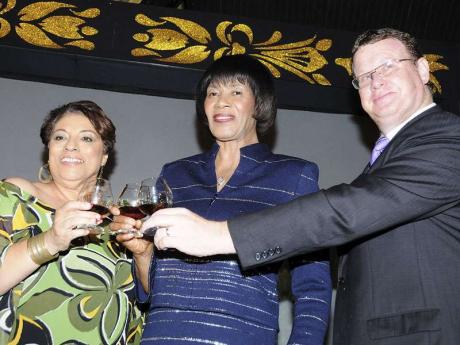 In the year 2062, J. Wray & Nephew Limited will unveil a centenary rum edition under its Appleton Estate label, further intertwining its long-term planning with the reflective high points of Jamaican history.

It means that the rum would have been ageing since the year of Jamaica's Independence, some of which was bottled in a limited edition launched last week in honour of the country's golden anniversary.

Appleton Estate, which is a subsidiary of Wray & Nephew, acquired in 1916, has been producing rum for 263 years, since 1749. But Wray & Nephew, the company, was established well after in 1825 when founder John Wray opened what was called The Shakespeare Tavern in Kingston.

The 'Nephew' in the name relates to Charles James Ward, the son of Wray's brother, who was brought into the company in 1860 to take charge of the business side of the operation.

No other Jamaican company is as old as the now 187-year-old Wray & Nephew, which has been a spectator to the country's historic moments, including the ending of slavery, liberalised voting laws, independence from Great Britain in 1962, and the feats of individuals and power brokers.

Oldest rum in the world

The Jamaica 50 reserve, launched last Thursday at Jamaica House in Kingston, is believed to be the oldest rum now available for sale anywhere in the world. The company has not said how many bottles will be available for Jamaica 100.

The launch of the 50-Year-Old Jamaica Independence Reserve incorporated Prime Minister Portia Simpson Miller. For 2062, Wray & Nephew plans to ramp up its game and is planning a launch where "each living prime minister" will be invited to pour a bottle, Managing Director Paul Henriques announced last Thursday.