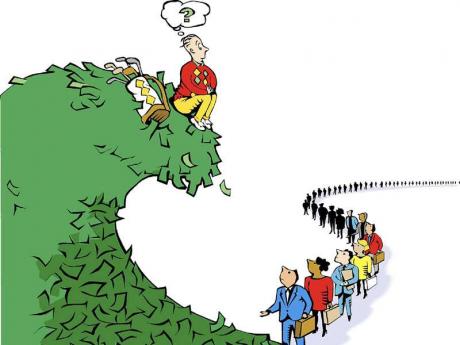 The arcane world of pensions has been thrust into the national limelight because reform is a condition by the International Monetary Fund (IMF) to receive financial assistance. I am writing this article on behalf of the Jamaican Chapter of the Caribbean Actuarial Association (CAA), at the invitation of the editor, to share, hopefully, more light than heat on the topic.

Why do we need reform?

We can neither afford nor sustain the current system. Before I justify this statement, let me get some basics out of the way. A pension is a promise to pay a regular, usually monthly, income from retirement to death. This promise creates an obligation or debt for the entity, in this case, the Government.

In addition, we are creating new national pension debt of 0.4% of GDP for each year of additional service that the public-service employees provide. This might seem a low figure but is unsustainable in the context of our forecast real growth rates of some 1% per annum over the medium term because a key part of our growth would be paying for new debt rather than improving our national infrastructure or strengthening our social safety nets.

What are we reforming?

The pensions of public-sector employees, specifically teachers, the police, civil servants and legislators, are paid out of the Consolidated Fund. The contributions of the employees are also paid into the Consolidated Fund. This means that current taxes pay current pensions, called Pay-As-You-Go (PAYG), and so the benefits are deemed to be unfunded. The PAYG system is viable under certain demographic and economic conditions. Those conditions include a stable population and a stable number of workers to pensioners.

What are our recommendations?

Our first recommendation, security of the pension promise, is that the Government commit to the advance funding of benefits on a long-term basis, say, a generation, to allow for the current financial challenges faced by the Government. There are different ways to define a generation, but we recommend using an average working lifetime of 40 years.

There are seven reasons for this recommendation. First, the PAYG system is not feasible under the current trends of an ageing population, falling fertility, rising unemployment, and increasing life expectancy. Second, unfunded benefits are inconsistent with compulsory contributions by employees which are subsequently commingled with taxes so that the demonstration of value for money to the employee is difficult. Third, advance funding reduces the risk of printing money - euphemistically called quantitative easing - to pay pensions. During the recent financial crisis, many countries engaged in this practice, which reduces the purchasing power of pensioners on fixed incomes.

Fourth, part of the Government's organisational strategy has been to create state-owned enterprises which have their own funded pension plans. Funding would create parity between all employees in the public sector, irrespective of the organisational strategy. Fifth, there are two successful precedents in that the Government operates two successful major financial institutions which engage in advance funding for housing and social security, namely the National Housing Trust and the National Insurance Fund.

Sixth, unfunded benefits limit the mobility of labour between the private and public sector because the portability of pension assets between the sectors doesn't exist. Last, the transition to funding means that one generation has to sacrifice but the alternative is a greater strain on the next generation, who are not at the bargaining table!

Our second recommendation is on the adequacy of the pension. There is a delicate balance between cost and benefits. We considered pension practice in the private sector as a benchmark and the age and pay profile of the public-sector employees in recommending a benefit and contribution structure. For example, 70% of the employees in the public sector enter service by age 30, and there is low turnover, suitable features for a formula. We recommend a harmonised contribution and benefit structure rather than the current disjointed structure which creates further complexity and costs in communication and administration.

We recommend that a uniform contribution rate of 5% be introduced. The major group affected is teachers, who currently do not contribute, but our recommendation is that their spouses or dependants receive pensions, which is not the current practice. Where employees choose to retire early, we recommend that the pension be reduced by 5% for each year that the employee retires early, unlike the current practice where members can retire early with unreduced benefits.

Our third recommendation is that, as part of the negotiation with the IMF, we recognise that a major portion of our debt relates to the resolution of the financial crisis in the mid-1990s by borrowing on commercial terms in the local and international capital markets. You could argue that our crisis occurred too early, unlike the crises in 2008 and onwards where the resolution has been on non-commercial terms from multilateral agencies.

The initial estimate of our cost of resolution was 41 per cent of GDP, i.e., all other things being equal, our headline debt-to-GDP ratio would be 99%, instead of 140%. We recommend that a similar portion of our debt be replaced by multilateral debt on non-commercial terms. This may be viewed as pie in the sky, but its impact, if achieved, would create a recurring financial benefit of at least 3.5% of GDP.

Our recommendation, ignoring the above political argument, would create a one-time saving of 5% of GDP (some $60 billion), recurring savings of 0.3 per cent of GDP (some $4 billion per annum) and the deferral of $45 billion of cash outflow over the next five years.

Our fourth recommendation is that the existing capacity and expertise that is within the private sector be used rather than building out that capacity and expertise which is both expensive and time consuming. The precedent is the outsourcing of the administration of the Government Employees Health Plan. The capital which would be used in such an exercise could be used to assist in the advance funding of benefits. In addition, it takes between five and 10 years to create an expert in pension administration.

Our fifth recommendation is that a separate trust fund be established, like other pension funds in the private sector, and that there be a board of trustees appointed by the Government, which should include persons nominated by the members, to administer the trust. Currently, no such governance structure exists. The governance structure would ensure the preparation of annual audited accounts, annual statement of benefits to members, triennial actuarial valuations, and statement of investment principles so that there can be a high degree of confidence in the operations of the fund. Pension plans in the private sector have similar requirements.

Our sixth recommendation is that the contributions by the Government be used solely for investment in real assets, specifically, excluding the financial sector and government bonds. A public-sector plan holding government debt in its portfolio is economically unfunded by an equivalent amount. It is similar to moving money from your right pocket to your left pocket. You aren't richer!

When do we need to reform?

We have recommended transition over the short term because the option to delay is expensive. Each month under the current system costs taxpayers $2 billion. This is not recorded, but is the opportunity cost of inaction. Our metrics have worsened over the past year. For example, our headline debt to GDP increased from 129% to 140%, our fiscal deficit remained level at 6.4% of GDP, our net international reserves fell from US$2.3 billion to US$1.8 billion and our primary surplus fell from 6.8% to 3.1% of GDP. The economic climate, globally and regionally, has worsened. The time to act is now!

Ravi Rambarran is chairman of the Public Sector Pension Committee, Jamaican Chapter of the Caribbean Actuarial Association. Email feedback to columns@gleanerjm.com and ravi_rambarran@sagicor.com.