CAREER: A critical career lesson from - and for - Usain Bolt 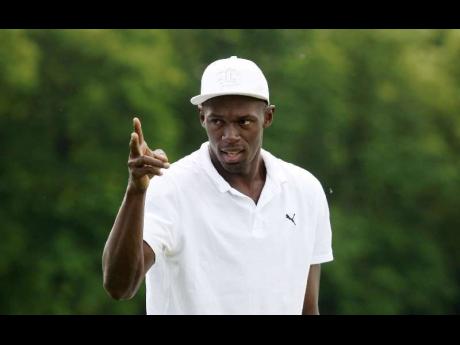 The news on June 10, of sprint superstar Usain Bolt's second motor vehicle crash was understandably alarming at first for his fans.

After all, he's just weeks away from national trials for the London Olympics in August. News from his publicist that he was injury-free brought a collective sigh of relief.

For the Olympic record holder's sake, and yours, however, I'm going to be contrarian. While I'm obviously happy that Bolt is well, I'm not relieved. I'm actually more concerned for him now than ever.

Unless he takes the lesson of this column to heart, he's now more likely to continue his 'accidental' relationship with his BMW than ever before. Neglecting this lesson may result in you eventually wrecking your career as well.

What exactly is this lesson, then? I think we can call it 'the danger of normalising deviance'. Let me explain.

The term 'normalisation of deviance' was popularised by American sociologist Dr Diane Vaughan in her seminal book, The Challenger Decision. The book explored the major reasons for the fatal 1986 explosion of NASA's space shuttle Challenger, 73 seconds after lift-off, which killed seven people.

The term refers to the long-term phenomenon in which individuals, teams or organisations get away with a deviance from established standards until this deviance is accepted as normal, instead of being seen as a dangerous anomaly.

In other words, they cut corners, ignore safety rules, lower their ethical and performance standards, or compromise their values, and nothing bad happens. They get away with it repeatedly. This leads them to form the unconscious belief that they can continue the deviant behaviour with impunity.

However, normalisation of deviance leads to 'predictable surprises', which are invariably disastrous to the individual, team or organisation, according to Mike Mullane, former NASA astronaut and author of Riding Rockets.

That was what happened with Challenger. NASA had repeatedly disregarded warnings about its faulty 'O-rings'. It ignored the problem because it had flown several successful missions with the substandard part.

We may disregard safety measures or compromise our high standards in favour of situational ethics, instant gratification, or simple expediency. The biggest danger is getting away with it. You're lulled into a false sense of comfort and security.

Let's say you didn't get caught padding your expense account a few times, or you always managed to meet project deadlines despite your last-minute habit, or your staff continues to excel despite your constant criticisms and mismanagement, or you've never lost any critical computer data, despite neglecting to back-up for years. So you believe that all is well. By the law of averages, however, you'll have a predictable surprise one day.

Similarly, Bolt should be extra careful about taking comfort in his double-escape record. Instead, he, and we, should heed the wisdom of the following Jamaican sayings:

• "Every day bucket a go a well, one day di bottom must drop out."

Glenford Smith is a motivational speaker and success strategist. He is the author of a new book, 'From Problems to Power: How to Win Over Worry and Turn Your Obstacles into Opportunities'. glenfordsmith@yahoo.com