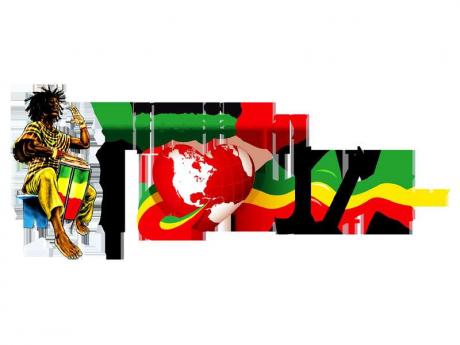 It has been six years since International Reggae Day (IRD), produced by Jamaica Arts Holdings (JAH), has ventured outdoors for a large-scale event, to complement the standard 24-hour worldwide media festival. In 2006, the celebration of Jamaican popular music was held at the Cable and Wireless Golf Academy in New Kingston ("It was a huge production, but low turnout," says JAH's Andrea Davis) and two years previously, there was a celebration at Hope Gardens.

On July 1, International Reggae Day returns to outdoor activities in a big way, with a three-pronged approach at Emancipation Park, the site of a celebratory tree-planting ceremony in 2010. As Davis puts it, "what we want to deliver this year is a media festival anchored by a creative expo and concert experience in Kingston".

For its 18th celebration, International Reggae Day will be part of another three-pronged set-up, as it is part of the Jamaica 50 calendar on the weekend when the Jamaica Defence Force (JDF) presents a Military Tattoo and the National Senior Trials in track and field takes place at the National Stadium. Davis laughs as she says that the Sunday celebration is the weekend's "wrap-up party", but she is not joking as she emphasises the strong position of Jamaican popular music in the country's worldwide branding.

The NEA study is from 1992 to 2002, and gives a national percentage affinity for reggae of 19 per cent in 1992 and 16 per cent in 2002. The US reggae community is further broken down into indicators such as race, gender and income.

"To some extent, it represents the demographic for the European market as well," she said.

An extensive list of countries comes out of Davis' research into the strong markets for Jamaican popular music, including Brazil, Japan, Germany, Switzerland, Belgium, Indonesia, Sweden, Norway, Australia, Costa Rica and Venezuela. And Davis confirms that so far, International Reggae Day 2012 has had strong interest from media in a number of countries on the list, noting that it is especially strong in some African countries, including Nigeria, South Africa and Kenya.

International Reggae Day has a long-standing tradition of honouring standouts in Jamaican popular music, Copeland Forbes,
Bobby Digital, Marcia Griffiths, Sean Paul, Dennis Brown, Bob Marley,
Jimmy Cliff, and Toots and the Maytals among past awardees. This year,
the focus is on media, Dermot Hussey, David Rodigan and Barry G being
the awardees.

"They will be honoured as trailblazers
in broadcasting and for their role in the international spread of
Jamaican music throughout their careers," Davis
said.

In addition
to the concert, guest selectors from media will play recorded music and
there will be a Jamaica 50 Must Play Mix between Barry G and Rodigan.
The two have a long history of musical clashing between them, going back
to the earliest days of the Sleng Teng riddim in 1985. However, Davis
is adamant that there will be no clash.

A CD for the
day will have Toots and the Maytals, Sly and Robbie, Ky-Mani Marley,
I-Wayne, Jah 9, Raging Fyah, Marcia Griffiths and Jesse
Royal.

The Toots and the Maytals album
Unplugged on Strawberry Hill, the commemorative EP
Ska Never Grow Old and the documentary
Reggae Got Soul are slated for July 1, as is Gramps
Morgan's album Reggae Music
Lives.

She is encouraged by the media
response so far. "I think IRD has got to the point where as a media
festival, particularly, it has grown legs and it continues to build
momentum. It has become a calendar event, to the extent that at a
particular point in the year media start to contact us," Davis
said.

And, noting the place of International Reggae
Day among the various avenues pushing the Jamaican brand, Davis said "it
is now part of the toolkit we have in terms of marketing
Jamaica".