Mission 50 is the jubilee song 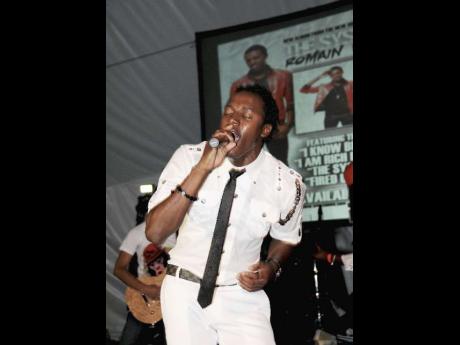 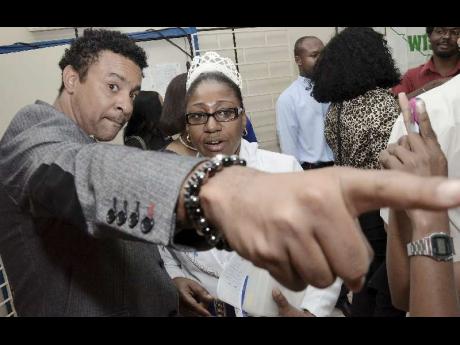 Ten Jamaican artistes have teamed up on a new single in honour of Jamaica's 50th anniversary.

The song, which is the brainchild of artiste Shaggy, is titled Mission 50 and embodies the 50th anniversary theme as well as pays homage to the Jamaican athletes who will be representing the country at the Olympics in London this year.

The song came about after Shaggy was approached by Robert Bryan, project director of the Jamaica 50 Secretariat.

"I was going through music that I had in my computer, just to get a feel of what of what direction he (Bryan) wanted to go, and one of the songs we ran into was Rise Up. He said, yes, that's the feeling he was thinking about, something up-tempo and energetic. So I said 'ok, I'll just give you the song and I'll sit and rework it'," Shaggy told The Sunday Gleaner.

According to Shaggy, the artistes featured on the song, which includes Beres Hammond, Tarrus Riley, Tessanne Chin, Tifa, Alaine, Wayne Marshall, Assassin, Junior Gong and Romain Virgo, all did a brilliant job in executing the styles needed to make the song powerful.

"I kinda wanted to have from veterans all the way up to new artistes. I wanted to make it well rounded. A lot of it also boiled down to availability, because there were a few artistes I contacted who weren't around," he said.

Shaggy went on to say that he is unaware of any plans for all 10 artistes to perform the song together at an event, but emphasises that it would be a welcomed opportunity. However, the video for Mission 50 will be shot in the upcoming weeks.

Shaggy is also one of the artistes booked to perform at the O2 Arena in London for the 'Respect Jamaica 50' concert series.

"We were approached to be a part of that. I liked the line-up. I just think throughout that time, Jamaicans will be the favourite in the Olympics and it's a good gesture to give us a very strong presence during the Olympics, and to be a part of this in any capacity is good. I think it's a once-in-a-lifetime opportunity. I'm looking forward to that," Shaggy said.

The artiste, who recently launched his own record label, Ranch Entertainment, is gearing up for tours in Paris, Belgium, Amsterdam, Denmark and other countries.

Shaggy is also gearing up to release another album in the summer of 2013 and is also considering launching his 'Shaggy and Friends' foundation in New York.