The key to economic recovery is ...? 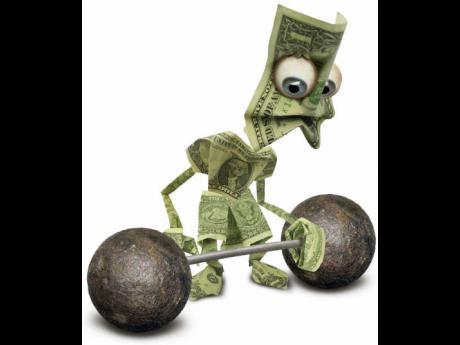 Below is a speech by Edward Seaga on the occasion of the PricewaterhouseCoopers post-Budget briefing on June 12.

Finance Minister Dr Peter Phillips made the following statement in the House of Representatives in closing the Budget Debate: "How can the lowering of GCT on chicken patties result in an increase in the price of chicken patties?" He is quite right.

Using the same reasoning I ask, "How can lowering inflation be achieved by using policies which increase inflation?" As paradoxical as this may seem, this has been basic macroeconomic strategy used by the Government for some 20 years. The policies referred to are increasing interest rates and depreciating the rate of exchange, both of which increase (not decrease) prices, as should be expected.

This contradictory position is not credible. It has been a significant part of the reason for the zero to one per cent average performance in economic growth for some 20 years. Every time a devaluation or depreciation of the rate of exchange occurs, more funds are required to pay for the extra amount involved in price increases. This involves both payments for goods and services, including debt.

As can well be understood, this multitude of foreign-exchange transactions can be a huge total over each year, all of which have to be paid for by deductions from growth in the domestic economy. This decreases the level of growth, resulting in losses that depress the performance of the economy. No wonder then that economic growth has been negligible for 20 years. Indeed, recently, Jamaica was ranked last in macroeconomic performance globally, out of 142 countries, by the World Economic Forum.

The more frightening development is that this is to continue, as indicated in the Fiscal Policy Paper 2012-2013 tabled in the Budget which sets out the measly growth rates officially projected for the next three years:

These growth projections are consistent with the view of International Monetary Fund (IMF) staffers, says The Sunday Gleaner of June 10, but even more ominous, it is felt that in such circumstances, the fiscal deficit could slide from "6.8 per cent to about 9 per cent", especially when it is realised that the foreign-exchange reserves would slide concurrently. These comments are sounding an alarm that continuation on this track may not yield sufficient surplus from growth to allow the economy to grow out of its problem.

Nothing could be more depressing to the country than the spectre of continuing to struggle with: lack of job opportunities, poor education, unsettled social conditions and weak investor interest battling with an economy which has been in a chronic crisis for more than two decades.

According to the respected Guardian newspaper of England in an article titled 'The Jamaicanisation of the Eurozone', "The IMF is not expecting the national debt of Jamaica over the next three years to be reduced from the present 130 per cent but to reach 153 per cent of GDP," as confirmed in the IMF Article IV report. This would be an incredible figure, the highest debt burden in the world," says the Guardian article, and, ultimately, would spell real disaster, leaving Jamaica no alternative but to seek a debt cancellation, as the Guardian story suggests. That might help to ease the pressure of debt, but would tarnish the country with the image of a failed state not worthy of consideration for future investment, impacting on future development and current operations.

Escaping this horrendous predicament must be the number one priority of the nation. The projections of distress must be turned around to show that there is still hope where there is currently little hope.

The most logical answer is to do whatever is necessary to increase investment, which is the engine of growth. We can expect limited response from domestic investors, given the magnitude of what would be required, and considering the comparative weakness of the capital market which now exists in a country with such dire financial prospects and a fluctuating currency. Clearly, brand new thinking to displace the failed strategy must be the starting point.

The new macroeconomic strategy necessary must offer low inflation, low interest rates, and a stable exchange rate which can overcome cross-border risks for investors concerned about fluctuation of the rate of exchange.

1. Peg the exchange rate to a currency which is credibly strong in an economy with low inflation and is globally traded. The United States (US) dollar is the only such currency at present and for the foreseeable future which fits this category. This will promote low inflation and low interest rates in the Jamaican economy, since the pegged exchange rate could not vary against its anchor, the US dollar;

2. Investment funds could be attracted to the Jamaican economy without fear of exchange-rate changes that would be adverse to their investments;

3. Since the exchange rate is pegged, the Government would not need to issue bonds to sop up excess liquidity which would otherwise put pressure on the exchange rate. This would curtail an increase in the national debt.

A summary of the pegged rate would be:

Inflow of low-interest investment funding would be attracted to:

The purpose of the
pegged rate of exchange can be said to primarily lower inflation and
interest costs, curtail debt and fund investment. This is precisely what
the Jamaican economy needs to pull itself out of a deep hole. But the
concept of a pegged rate involves conditionalities which have to be
observed. Tight fiscal discipline would be required, particularly if
available foreign exchange is not sufficient to meet crisis needs.
Adjustments would have to be made to expenditure in such
instances.

Interfering with the free flow of
transactions in the marketplace has never been popular with the IMF. The
Fund holds rigidly to a system which allows the rate to fluctuate,
whether freely or managed, as is the case in Jamaica. This system is
suitable for economies with heavy external trading in which the currency
value has to be changed from time to time to deal with competition in
the market.

Small economies like Jamaica, in which
more than 50 per cent of its external trade is in one currency, the US
dollar, do not require movements in the value of the exchange rate when
there is a depreciation or devaluation because more than a majority of
their trading is also in the same currency:

These constitute, by far,
the major sources of foreign-exchange inflows.

The Jamaican economy suffers little or
no disadvantage in sales competitiveness in the categories that
principally account for trade in goods, services and remittances. Only a
small segment of that trade, in agriculture and some manufactured
goods, is exposed to non-US-dollar currencies to which they would be
price sensitive. Hence, the managed exchange rate which is now operated
by the Bank of Jamaica has to be maintained at great loss and cost to
the Jamaican economy and is of little consequence to economies like
Jamaica which trade mostly in a single currency.

It
makes little sense to maintain such a system which, in the final
analysis, requires substantial deduction from economic growth to meet
the added costs of useless depreciations. This deduction is, perhaps,
the main reason for the minimal record of growth over the past 20 years
in which the full growth of the economy has lost a sizeable portion of
its value, leaving margins of 1%-2% to show for economic growth and
development. The economy cannot be maintained as a driver of growth with
such measly results. Hence, the record of two decades of stagnation and
sporadic job creation.

It is time to change that
pattern by charting a new direction. The pegged rate is not new to many
other countries in this region where the six states of the Organisation
of Eastern Caribbean States and Barbados have already been operating
with a pegged rate for nearly 30 years with far better growth benefits
to show in GDP and national income per capita than the Jamaican
experience over that period.

Indeed, in the last more
than four decades, only the period 1987 to the end of the decade (except
for the 1988 Hurricane Gilbert) revived the sliding Jamaican economy to
a robust level. The exchange rate was pegged throughout that period of
robust recovery 1987-1990.

In the least, we can say
that these proposals have much potential which ought to be empirically
examined. Jamaica is going nowhere on the present track. The future to
which the country has been asked to commit is +1% or -1%
growth.

Put away the rigidities of tradition and think
outside the box. The country cannot continue a struggle, which can
result in it being segregated as a failed state. In this five-year
period, that status must be changed, or we may be too
late.

Edward Seaga is a former prime minister. He is
now chancellor of the University of Technology and distinguished fellow
at the UWI. Email feedback to columns@gleanerjm.com and
odf@uwimona.edu.jm.