The Budget, debt and Jamaica's future 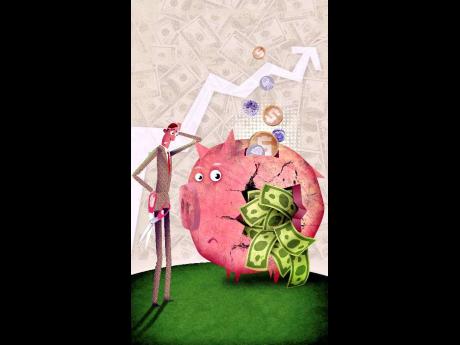 Dr Peter Phillips' first Budget as minster of finance has come and gone. As usual, the commentators had a field day scrutinising the numbers and offering alternative perspectives as to what should be included and what should be deleted.

The part of the Budget that attracted the most attention, and expectedly so, was the whopping J$23-billion revenue package. No one likes to be taxed, but given the dire situation in the finances of the country, it was inescapable that a tax package as big as this one would have to be imposed. There is no doubt that the configuration of the package could have been different, but I will not spend time on this, as enough has been said in the public domain.

I am more interested in the developmental role of the Budget to deal with the long-term, intractable problem of economic growth that has bedevilled the economy for the last 40 years. Clearly, Phillips' flat Budget of J$612 billion alone will not solve Jamaica's growth problems. The Budget has to be a tool in the Government's arsenal to deal with the problem of economic growth and long-term economic development.

However, as critical as the Budget is, it will not lead to growth unless other enablers in the economy trip in. It is these that I want to focus on in order to enrich the discourse on an austerity versus stimulus Budget.

The debate continues in earnest as to whether Phillips' Budget is too austere or whether he needed to provide more stimuli to the economy in order to reverse the cycle of joblessness and low economic growth. This is not a Jamaica-centric debate. The debate about austerity versus stimulus in a recession period is happening on both sides of the Atlantic. In Europe and North America, citizens and policymakers are locked into this debate as well. The French elections, which saw the ousting of President Nicolas Sarkozy, the pro-austerity man, and the election of Francois Hollande, the anti-austerity replacement, have increased the tempo in the debates.

The anti-austerity protagonists look to America to buttress their point. They say that in time of crisis, President Obama did not go for austerity but stimulated the economy through his famous quantitative easing programmes (QE). Today, America is reaping the rewards. They also point to Prime Minster David Cameron, in the UK, as a case where austerity fails, as Britain is back in a recession after pursing austerity policies, mainly manifested through expenditure cuts, especially in the public service.

On the other hand, the pro-austerity campaigners look to Sweden to show how its government has cut welfare spending and reduced corporate tax and has seen tremendous growth in the economy to the point where the Conservative party was re-elected for the first time in the history of that country. It seems like both sides have a point.

Jamaica is neither the United States nor Sweden. However, the lessons from both countries are instructive for Jamaica. Dr Phillips responded to the critics of his austere Budget by arguing that Jamaica's debt profile is not one that will allow for stimulus through more spending. Indeed, he is correct to say that if he is to stimulate the economy through increased spending, it would mean the Government has to borrow more money.

With more borrowing, the country's debt dynamics will become even more onerous. This is scary stuff. So, Phillips had to walk a tight-rope. He has to grow the economy while containing the debt-to-GDP ratio, which is constraining Jamaica's ability to improve its international competitiveness.

However, economic growth is not the sole responsibility of Phillips and the Ministry of Finance. We can have both growth and austerity if we play our cards correctly. Economic stimulus does not have to be in the form of increased government expenditure. Critical policy shifts and private-sector investments can bring the needed stimuli, while the Ministry of Finance pursues the austerity measures needed in order to bring the fiscal balance in order.

In the context of an austerity Budget, both foreign capital and local domestic capital will be critical to stimulate the economy if we should have growth along with austerity. The Ministry of Finance is playing its part in setting the fiscal house in order. Other critical ministries will have to step up to the plate to bring the growth element of the equation into the mix.

The Ministry of Industry, Investment and Commerce will have to ensure that effective policies are put in place to woo foreign investors. Critically, that ministry will have to ensure that the bureaucracy is reduced so that the environment becomes more hospitable for businesses to function. Also, it has to set in motion, an aggressive selective promotional programme to attract more FDI to local shores. I will strongly advise that it does not go for a functional programme in its FDI attraction efforts at this time but focus on critical growth poles and target investments in these areas.

So the Ministry of Agriculture, through its various agencies, has to provide the correct policy framework and support to investors who want to join this sector. Both domestic and export agriculture clearly have a role to play in driving the growth in the local economy.

Information and communications technology will have to play a significant role in the stimulation of the local economy as well. The Ministry of Science, Technology, Energy and and Mining (STEM) will have to assert itself. The energy issues will have to be dealt with in a decisive way. LNG alone will not solve the problem although, admittedly, it would go a long way. We must get the LNG plant up and running soon after proper due diligence is done. Also, critically, there must be a mix of sources for energy, and not merely natural gas. We need to consider coal, solar, among other things.

The ministry has to ensure that strong regulations are in place in order to have a proper functioning telecommunications sectors. This sector is crucial to the backbone of operations in almost all the other industries in the economy. Therefore, strong competition policies will be important in order to attract investment in the sector. STEM has to lead on this.

Another critical ministry that has to provide strong support to the Ministry of Finance in driving the growth agenda is the Ministry of Transport and Works. This ministry is responsible for a number of critical infrastructure projects which can provide a boom for the economy. The ministry has to select the projects that have the ability to deliver the greatest returns on investments and implement them forthwith.

It will take the concerted effort of the various players to work together in order to ensure growth is restored to the Jamaican economy while the fiscal balances are put in order. It can happen with proper planning and coordination.

Dr Densil A. Williams is a senior lecturer of international business and head, Department of Management Studies, UWI, and chairman of RADA. Email feedback to columns@gleanerjm.com and densilw@yahoo.com.