An uncertain state of mind 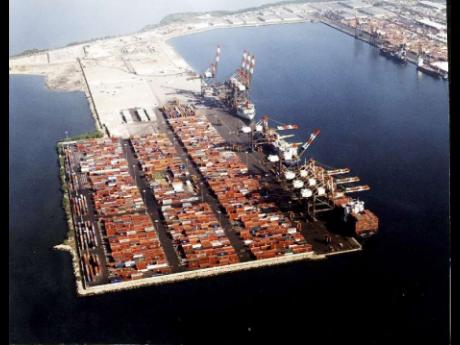 An aerial view of the Port of Kingston. Dr Christopher Tufton says Jamaica has not sufficiently exploited the new era of globalised trade, but has been stuck in a paralysis of analysis. - File

With the Budget Debate behind us, what has the State done to our current state of mind? I am guessing it will depend on your perspective.

If you are the Government, you are hoping that the Budget holds; that the people will understand your explanation for higher taxes; there will be no unexpected disruptions like hurricanes, a global recession, a sliding dollar or increased interest rates, and your programme to stimulate economic activities and growth will be achieved during the financial year.

If you are in the private sector, you are still assessing the likely implications of the announced Budget plans and trying to determine how to keep, if not grow, your business in what you would most likely conclude are challenging times.

For the consumer, it really becomes a question of how to make ends meet until the next Budget, confronting at least two certainties - higher taxes and debt.

With a margin of error linked to any study of human behaviour, the true impact of the recent Budget on the Jamaican psyche lies somewhere between these explanations. From the perspective of our economic and social well-being, there is little doubt that this is yet another Budget that has placed most stakeholders in an uncertain state of mind.

The Popularity of Pessimism

The pessimism surrounding the Budget does not place Jamaica in a unique position. The Caribbean, indeed the world, is currently, for the most part, a hostile place to work and live, and governments have become increasingly less credible in their projections and plans for their constituents. Within the Caribbean, there appears to be a trend towards one-term governments, perhaps indicating a frustration and rejection of governments, generally.

But even after change through elections, there appears to be no great enthusiasm or renewal of hope normally identified with a newly elected government. Apart from the diehards, it seems increasingly difficult to the electorate to determine, qualitatively, what options are better for their personal circumstances. The net effect is an increasingly silent majority.

The Caribbean is not alone. Within the developed world, our closest neighbour, the United States, where presidential elections are imminent, both the incumbent, Barack Obama, and the challenger, Mitt Romney, are having a difficult time convincing the American voters that their respective plans are credible and worthy of support.

In the Eurozone, there is increasing pressure on the political process, with countries like Greece, Spain and Italy experiencing economic and social instability, and extreme positions such as scrapping the euro, gaining traction.

Like Jamaica and the region, the world economic and political system suffers from a trust deficit, with the root cause being an implementation deficit. Like a doctor, our leaders can be counted on to have a diagnosis of the problem but, unlike the doctor, rarely a cure for the ailment. There is a cry for bold and decisive leadership the world over.

The Paralysis of Analysis

Within the Caribbean economies, the challenge to satisfy the hopes of the electorate is similarly daunting. These economies have all suffered from the global recession and are faced with current uncertainties associated with the fallout in traditional industries like agriculture and tourism. Their challenge is further compounded by their small sizes and exposure to external shocks like weather conditions and trade rules that are changing away from guaranteed markets and prices towards liberalisation and competition. Now, more than ever, bold leadership is needed.

The region must endeavour to do more to transform and advance the economic prospects of its countries by adjusting more rapidly and radically to changes in the global investment and trade environment and leverage its strengths through its people and indigenous raw materials to create and protect branded goods and services. This must start with a change of mindset from analysis to implementation.

This past week, I participated in the Caribbean Conference on Trade Policy, Innovation, Governance and Small-State Competitiveness, organised by the Shridath Ramphal Centre for International Trade, Policy and Services, in Barbados. Presentation after presentation reflected sound research on challenges within the region and a prescription for solutions. But, alas, the prescriptions are rare and/or too slowly implemented.

Increasingly, austerity budgets are becoming the norm in the Caribbean, geared more towards bridging revenue gaps rather than advancing economic growth through innovation and exposure to new opportunities. It almost appears that we are still struggling to accept change and, therefore, not sufficiently focused on adapting to those changes.

The Economic Partnership Agreement signed between Europe and CARIFORUM (CARICOM and the Dominican Republic) is a case in point. We have spent more than a decade, as a region, trying to defend our traditional relations with Europe, and when that failed we agreed to be part of new negotiations under the ACP-EC trading arrangement from as far back as September 2002 and, therefore, should have been fully aware that change was coming.

But even with the inevitable staring us in the face, and four years after signing on to the EPA, we are still struggling to position ourselves to take advantage of this new trade pact.

So having signed this agreement back in September 2008, which allows the region greater opportunities to access the European market with our goods and services, the Caribbean is still lagging in preparing itself to exploit these opportunities and appears to be still attempting to come to terms with the fact that the trade environment has changed from preferential market access linked to our colonial past.

What we have done quite well is analyse the situation. However, follow-up action is few and far between. As we continue to analyse, we are losing time that could be used to make a difference if action was pursued. What is this action that's needed?

Take trade in services as a case in point. The region's economic activity is primarily dependent on services, representing close to 70 per cent of GDP. It seems logical that leadership would seek to expand on this activity, engaging innovative possibilities in cultural expression, health tourism, financial services, and ICT. Jamaica, for example, has a platform on which to spread its wings, but the process of build-out, investment promotion and facilitation is painfully slow.

Similarly, legislation for intellectual-property protection is much-heralded but not passed in Parliament, restricting the capacity of local talent to maximise returns on their expressions and allowing deviants to fraudulently copy and profit from local talent. These are the things that matter, which governments, through their actions, seem to be uncertain about.

Senator Chris Tufton, PhD, is opposition spokesman on foreign affairs, foreign trade, and investments, and co-executive director of the Caribbean Policy Research Institute. The views in this column do not necessarily represent those of the above-mentioned entities. Email feedback to columns@gleanerjm.com and cctufton@yahoo.com.