Ex-cop extradited! - Jamaica foots the bill as US sends policeman back to island to face murder trial 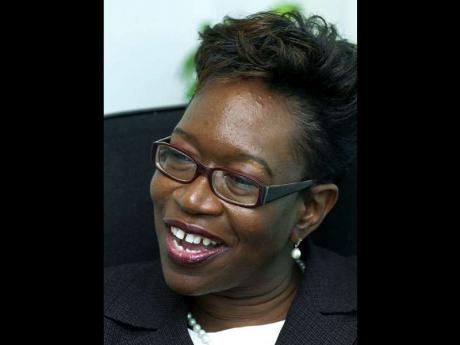 In a historic move last Friday, a former cop - Mark Russell - was finally extradited from the United States (US) to face a murder charge in Jamaica.

Russell was quietly escorted back to the island last Friday afternoon by two members of the local police force almost five years after the July 2007 murder of 18-year-old Ravin Thompson and three years after Director of Public Prosecutions (DPP) Paula Llewellyn ruled that he and another former policeman, Morris Lee, were to be charged with the killing of the teenager.

Both men reportedly fled the country before the DPP ruled on the killing.

"It is historic!" Llewellyn said of the return of the former cop.

"(Or) let us put it this way, I can understand if some persons would characterise it as historic," said Llewellyn, as she told The Sunday Gleaner that she could not recall another case involving a person being extradited from the US to Jamaica to face criminal proceedings.

"I've been a prosecutor at the office for the last maybe 26 years ... . I certainly would have to say that I have never seen before a former police officer who was on the run being extradited back to Jamaica ... ," said Llewellyn.

"I am aware that he has been extradited to Jamaica. So the next step is that we don our Office of the DPP hat pursuant to section 94 of the Constitution and we proffer a voluntary bill of indictment charging him for murder."

Llewellyn lauded deputy DPP Jeremy Taylor, head of the extradition unit, and other members of team for their contribution to the case. She also heaped praises on her counterparts in the US.

The DPP explained that the Jamaican Government had to pay for Russell's flight back to the island because in extradition matters the requesting State is required to foot the cost of repatriating the accused to its country.

"My information is that arrangements were made for law enforcement officers, I think two, to travel to the United States to pick him up and carry him back here," she revealed.

Early last month, a court in the US threw out an appeal by the fugitive ex-member of the constabulary force, paving the way for his extradition.

The former constable was ordered extradited by a judge in New York last September.

Russell filed an appeal claiming that Jamaican prosecutors had mishandled the evidence relating to his extradition and that he could not get a fair trial here.

But, a US district judge dismissed the appeal and ruled that he should be sent to Jamaica to face the music.

Thompson was killed in what the police said then was a shoot-out with gunmen. But relatives and others who claimed to have witnessed the incident disputed the report saying the teen was murdered by members of a joint police-military team that was on patrol in Whitfield Town, St Andrew.

Local commentators have often lambasted the extradition relations between the US and Jamaica, charging that it is lopsided as no one has ever been extradited from Jamaica's neighbour up north to face criminal proceedings here.

Llewellyn told our news team that it was one of the regular consultations that her office has with its international partners that resulted in the initiating of the extradition proceedings that culminated on Friday.

"We usually do consultations - formal and informal - from time to time with our international partners at the US Depart-ment of Justice, and when the name came up we checked our files and discovered that it was the same Mark Russell who we had ruled on and that he had fled the jurisdiction," she said.