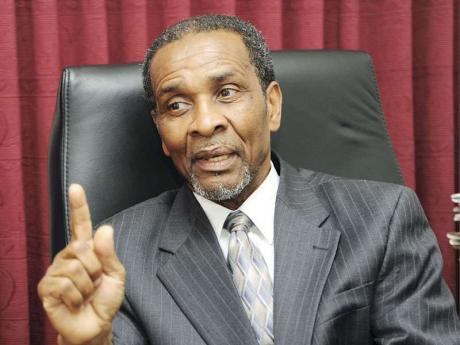 Dr Trevor Gardner, the president-elect of Northern Caribbean University (NCU), is urging authors in the region to start creating positive mythological images of Caribbean men in an attempt to engage the psyche of males.

Speaking with The Sunday Gleaner last Friday, Gardner said for far too long the mythological figures seen and read about by our boys have included Phantom, Superman and Spider-Man - all of a different hue than us.

"On the other hand, the myths we have of our males speak of a 'ginnal', Anancy or a comedic figure.

"We need to begin to articulate a different type of maleness, more admirable figures that affirm our men, and NCU has a role to play in that process. Quick seminars and workshops will not suffice, we need a more systematic approach," said Gardner.

He argued that what is needed is a knowledge-based curriculum of what men should be hearing and experiencing.

Dr Gardner, whose inauguration takes place on Monday, June 25, says reaffirming our males has to follow a similar approach to that used in the 1960s when there was a commitment to the advancement of women.

"That commitment led to research institutes and women's studies in universities, and today women can speak without apology and be heard.

"As NCU impacts education, it can begin to make a difference here. Our culture has promoted promiscuity and the wrong ideas of what is maleness. Too many people are postulating their expertise on what ought to be male and these opinions become knowledge that does not fit what society knows to be truth," said Gardner.

He says serious research agenda is needed to reverse the downward spiral of the nation's men into negative stereotypes.

According to Gardner, we need to reconstruct wholesome male models rather than accommodate so much ambiguity about what's right and wrong.

"We need a spiritual anchor to give us that. If we live that rather than just talk, young men would have a clear model and we would see the results. My father modelled what he taught us.

"He was one of the kindest people I know and I am so much like him, it's frightening. But alongside the kindness, he had grit without ambiguity," said Gardner.

He said, except for smoking, his father practised what he preached.

"He only stopped smoking at age 60, but always warned us against smoking," Gardner said.

The NCU president-elect argued that clarity about right or wrong and respect for authority without chaos, made his parent-child relationship easy.

In a similar vein, Gardner is confident that his children would say he is a pretty good father.

He said the only area of weakness, stemmed from his frequent absences from home due to the responsibilities of work.

"I was always gone for long periods, but I am home for the important occasions."

He said he has spent a lot of time teaching his children and playing with them.

Some of the values he has imparted to them include learning when to apologise, standing up for themselves, defending those who need to be defended, understanding what it means to serve, and a love and respect for their Caribbean culture.