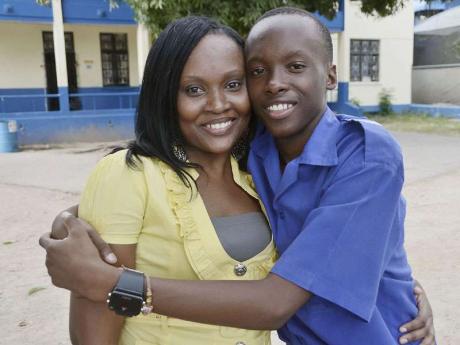 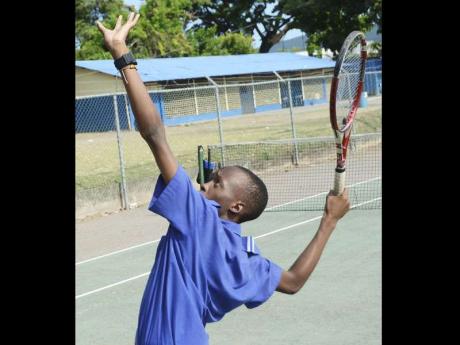 Sixteen-year-old Omari Gillespie has a heart so huge that he is constantly driven by a desire to fulfil the needs of others.

Despite battling severe idiopathic scoliosis that often leaves him writhing in pain, the Jamaica College student holds to the philosophy that many others are worse off than himself; therefore, he must assist where possible.

His humble, generous, remarkable spirit marvels his mom, Elesha McKoy, who always knew she had a special child.

When she asked him what he wanted for his birthday at seven years old and his response was to feed the homeless people on the streets, her heart was moved.

"I was thinking he would want a party or some toys or something, but instead he asked me to spend the money on buying items to cook some food and prepare to take out to the streets and feed those that needed it," said McKoy.

"I always saw people on the street and I realised no one was helping them and I wondered why and I wanted to know how we could help them," Omari shared with The Sunday Gleaner.

It took three years before his wish could come true, having to deal with the death of his grandparents and being forced to move from their home because violence had overtaken the Duhaney Park, St Andrew, commu-nity where they lived.

On May 1, 2007, with the help of friends and family, Omari finally got his birthday wish.

For him, that day spent feeding the homeless at different locations in Kingston and St Andrew was "one of my best birthdays ever".

Knowing the financial difficulties his mother was facing and not wanting to stop what he had started, Omari got a tin can and began saving coins towards his birthday project, ensuring that each year he could play his part in helping those in need.

Five years later, the teen now wants to expand his vision on a much larger scale 0by starting a foundation dedicated to giving children and persons living below the poverty line a chance at a better life.

"It pains my heart to see people, especially children, living on the streets and I want to help them live a better life. I want the foundation to help them get an education, job, things that can help them not to be poor anymore so they don't have to live on the streets," the young man stated, passion gleaming in his eyes.

His mother noted, "Omari always wanted to be able to do the feeding programme from what he saves, so I was surprised when, this year, he said he wanted to start a foundation. I then realised he was growing and understanding things better."

Omari is so driven by giving, it is second nature to him to share whatever he has with someone else who he feels needs it more than he does.

"People would wonder if we have it like that, but believe it or not, sometimes it is very hard to even find the lunch money for Omari to go to school. What is amazing is that if I only have $200 to give him, he is still going to share it with someone," said his mom.

"It may sound weird, but I always want to make sure he has enough because I know he is going to share it."

She added, "Sometimes I have to go into the can we save the coins towards his feeding project, just to give him some lunch money, but he is never happy about it and always telling me to put it back.

"He always says, 'Mommy, God will provided for us', and He always does."

Early last year when McKoy found out that her good Samaritan son had severe idiopathic scoliosis, she was devastated.

The doctors told her the condition, which deforms his spinal column was getting progressively worse.

Additionally, the deformity can have serious physical consequences, including affecting the rib cage which can compromise the heart and the lungs.

The condition often prevents Omari from being too active or performing even simple tasks like touching his toes. Sitting or standing for lengthy periods also cause the onset of pain.

A member of the lawn and table tennis club at school, the medical condition often affects the performance of the tenth-grade student.