LETTER OF THE DAY - Collective responsibility for our children 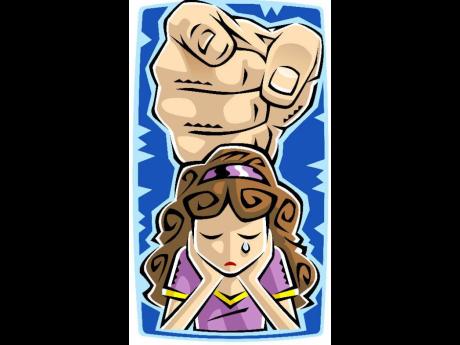 Child Month 2012 has been perhaps on record, one of the most memorable in recent history and, unfortunately, not in a positive light. From the 'revelations' of rapes, to physical abuse, to incest relationships and the emergence of 'homophobic bullying' and the list goes on.

The organisation Humans for Equality Leadership and Prosperity (HELP) has made note and appreciates the strides the society has been making as it relates to increased reporting. However, we believe that this is still insufficient. The 'informa-fi-dead' culture has done us more harm than good and threatens the healthy society that we would all like to have.

As a new humanitarian organisation, we would like to see all Jamaicans' views and perspectives being related in a respectable manner, which will lead to agreements and/or constructive criticisms and an amicable way forward. This past Child Month has revealed that, over time, there has been neglect from governments, civil society, the Church and parents, among others. This has allowed for the festering of social ills we now face.

HELP monitored and made note of some level of maturity related in the media - both electronic and print. We are, however, disappointed that there is still a high level of stigma and discrimination among certain populations. HELP believes that every well-thinking Jamaican or group has a right to express views, but this must be in a responsible manner, without biases.

As a people organisation, we believe that consultation and dialogue may be the remedies the society needs. Every individual has a voice, and through that voice his/her own views.

Office of the Children's Registry data show a dramatic increase in child abuse. Since 2007, there have been approximately 12,000 reports of child abuse.

HELP hastens to point out that the relevant authorities stress that there is still a relative level of high under-reporting. Several factors have contributed to this, including stigma and discrimination, especially relating to a very unfortunately emotional or subjective issue of homosexuality, poor parenting skills, and the continued culture of silence in the society.

The perpetrators are, oftentimes, very close friends or family members. We look forward to collective responsibility, and HELP stands ready and resolute for those in society that are most vulnerable and the general population's needs must be understood and met as best as possible.

As a people, we need a safe and caring environment to ensure productive outcomes.