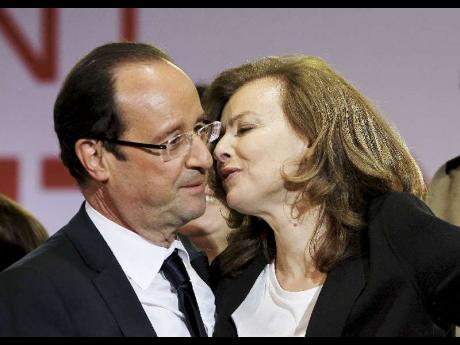 Political and personal intrigue has wormed its way into today's final round of French legislative elections. Back-room deals, black lists and bitter duels are all ingredients as voters go to the polls.

President François Hollande's Socialist Party is battling to ensure a solid majority and fulfil his vows to boost growth in Europe and redefine the presidency as one beholden to the people.

Barring surprises, the Socialists and their allies should win enough seats to control the crucial 577-seat lower house of parliament, after a strong showing in the first round a week ago.

To get there, the party is trying to fend off conservatives who dominated parliament under former President Nicolas Sarkozy.

They're also trying to shame those in the mainstream right who are cutting vote-getting deals with the extreme right, anti-immigrant National Front, which is conniving for its first real presence in parliament in more than a quarter century.

One unexpected hitch for the Socialists flew straight out of Hollande's most inner circle: His live-in companion's tweet this week in support of a dissident candidate in western France, a not-so-subtle attack on the Socialist Party's official candidate - the president's ex-partner and mother of his four children, Segolene Royal.

Royal is portrayed in the French press as the nemesis of a jealous Valerie Trierweiler, whose tweet on Tuesday upended the image Hollande has been trying to project: that of a "normal" leader intent on keeping the public and private spheres separate.

That stance is meant to set Hollande apart from the brash Sarkozy, who grabbed headlines with his complicated private life while building up a presidency that critics said was too centred on his own personality and his rich friends' interests. Hollande defeated him in the May 6 presidential vote, amid voter frustrations with Sarkozy's handling of the economy and the presidency.

The tweet also dealt a blow to Royal, whose chances of winning her parliamentary race were already shaky.

Polls suggest that Royal, a former presidential candidate, will lose to dissident Socialist Olivier Falorni by a wide margin, a defeat that would leave her without a job in politics.