10 thing you didn't about Kenny Benjamin 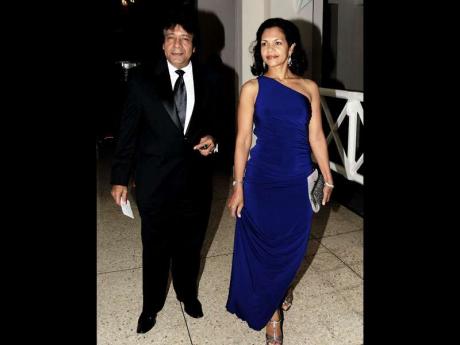 Kenny Benjamin is the founder of the Guardsman Group of Companies, the region's largest private security conglomerate with more than 7,000 employees spread over Jamaica, Barbados, St Lucia, and St Vincent and the Grenadines.

An Indian national by birth, Benjamin, a naturalised Jamaican, has made Kingston his home for the last 40 years. During that time, he has emerged as one of the country's leading business personalities and a social powerhouse, whose love for animals is the basis for the creation of his security empire.

The business that started with a pair of dogs has come full circle as it now includes Hope Zoo, the restoration of which is seen as a civic duty and part and parcel of the beautification of Kingston, with a view of providing a place of entertainment and learning about the environment and our interdependency; Marksman Security; a real estate portfolio of preferred properties, including the historic Sign Great House and Estate in Montego Bay; and the flagship Guardsman, now operating in four Caribbean countries.

Known and celebrated for his elegant soirées and dinner parties, today we share some things we bet you did not know about the business leader and social icon.