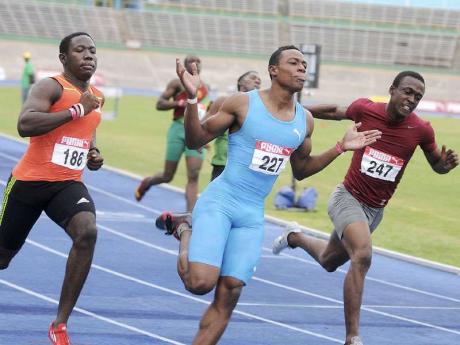 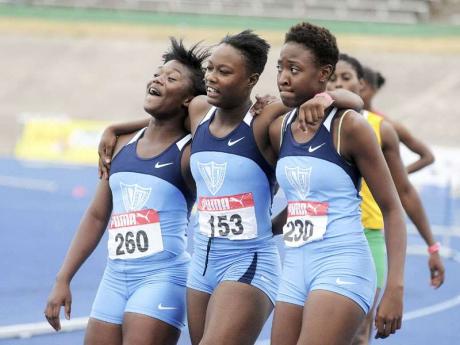 World Youth Olympic champion Odean Skeen has the opportunity to capture another global title after outclassing a quality field to capture the boys' Under-20 100 metres on yesterday's opening day of the Jamaica Athletics Administrative Association (JAAA)/Supreme Ventures National Junior Trials being held at the National Stadium.

The two-day trial is being used to select Jamaica's teams to the 14th IAAF World Junior Championships in Barcelona, Spain, July 10-15 and the Central American and Caribbean Juniors in San Salvador, El Salvador, June 29-July 1.

Jazeel Murphy, who has represented the country with distinction at the Carifta and Junior CAC Games, finished second in 10.32 seconds. The Bridgeport High student had to recover from a customary poor start, as he seeks to don the nation's colours for the first time at a World Junior Championships.

Third went to the unattached Tyquendo Tracey, with a 10.33 seconds clocking.

World Youth champion Odail Todd, who complained that his hamstring "grabbed" during the race, finished a disappointing seventh in 10.83 seconds, while pre-race favourite, Julian Forte, did not face the starter in the heats, as he is said to be concentrating on the 200m.

Forte, who attends the University of Technology, ran an impressive 10.19 seconds to win at the JAAA All Comers meet two weeks ago and is joint fifth on the International Association of Athletics Federations (IAAF) World Juniors' list.

"All I came out to do was my utmost best and get a good start," Skeen shared.

"In the mid part of the race I decided to come up a bit early because I felt a little numb in my left leg," he added. "I have a plan and the plan is working, so I am looking forward to Spain and I'm going there to make my country proud, my family proud and also the supporters of my school."

The boys' Under-18 final saw the 'Performance of the Day' as Bog Walk High's flag bearer, Jevaughn Minzie, ran a blistering personal best, 10.28 seconds, to win the event with a wind speed of +1.1.

World Youth long jump champion, Chanice Porter, of Manchester High registered a mammoth 6.78m on her second attempt to easily capture the girls' Under-20 long jump. She was, however, propelled by +4.30 m/s wind. Porter will today turn her attention to the high jump, which she won at Champs with a record jump of 1.86m.

The day's action is slated to commence at 11 a.m. with the girls' Under-18 shot put.