Sugar lands to be developed as sporting facilities 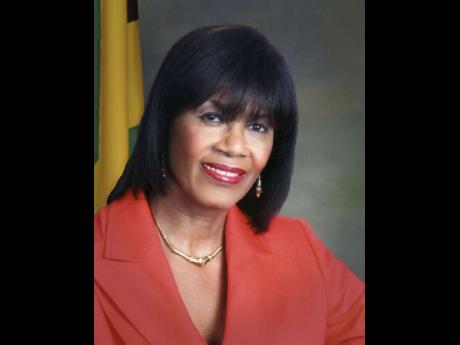 Seven parishes that have witnessed a downturn in sugar cultivation are set to receive an infrastructural boost, with an emphasis on sports. A total of $213.7 million has been earmarked to restore and rehabilitate 12 sports facilities in sugar-dependent areas.

Prime Minister Portia Simpson Miller made the announcement during her Budget presentation on Tuesday, June 5. The plans fall under the government's Rural Development Strategy and will be overseen by the Sports Develop-ment Foundation (SDF).

The seven parishes that were selected by the Ministry of Agriculture to benefit under the project are Westmoreland, Trelawny, St Catherine, St Thomas, St Elizabeth, Hanover and Clarendon.

"It (funding for the project) was negotiated by the Ministry of Agriculture with the EU (European Union) to provide some kind of development and revitalisation for the sugar-dependent regions that no longer has sugar as their main source of income because of either being closed or being divested," minister without portfolio in the Office of the Prime Minister with responsibility for sports, Natalie Neita-Headley, explained to The Sunday Gleaner.

"The idea is that they will put multifunction courts, playing fields, community centres and community sports facilities in an effort to help to revitalise the community around sports," she added.

The rationale behind the selection of the particular parishes is that because sugar was being produced in these areas there might not have been as much developments in comparison to what would have happened elsewhere.

"With the areas no longer being dedicated for that purpose (growing sugar cane), the focus will be to put back a social infrastructure in these areas by way of rehabilitation and using sports as the catalyst for revitalisation and the SDF has been chosen as an implementing partner," Neita-Headley shared.

The Government is also looking to establish the much-anticipated national sports museum; the sport and wellness centre and re-establish the National Sport Council in the medium term.

The national sports museum is set to be unveiled as a part of the Jubilee Village to be housed at the National Stadium and will be on display from July 25 to August 6. Consideration is also being given to the display being reassembled at a site in western Jamaica.

"The museum will take up the entire second floor, the mezzanine, at the National Stadium. It will be a beautiful display of the Hall of Famers and the contributions made in several areas, moreso of the Olympics sports in this first display, but it will have some other areas," Neita-Headley revealed.

"We will be seeking to finalise the permanent site for the museum, which is what we are currently working on," she added.

As it relates to the sport and wellness centre, the location for the site has already been identified and there is currently a team in place to develop the concept. The persons to form the national sport council have been chosen and endorsed by the prime minister, but Neita-Headley advised that the final release of the names will not come until after cabinet has completed ratification of the process.