Has Bolt gone off the rails? 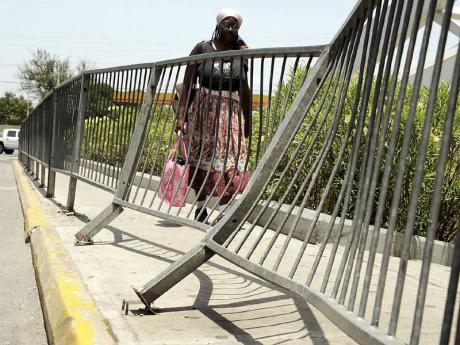 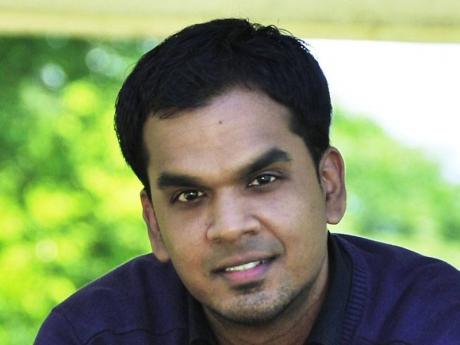 It's a curious feeling that overcomes a man when he realises he's been outclassed by a guard rail. It's not even a particularly exquisite rail. No alluring contours or anything. Yet, in a revelation that has quite disheartened me, that guard rail appears to have more clout than I do.

Last week, Usain Bolt was out driving in Half-Way Tree when his BMW motor car crashed into a guard rail which had, until then, stood in obscurity just outside the transport centre. National reaction was immediate. Some were worried about Bolt, but there was more disquiet over the fate of the guard rail.

Social media sites buzzed with talk of the damage to public property that a supposedly bad-driving Bolt caused. Police declared that they were flooded with calls from heated citizens eager to ensure that the culprit who dared bring harm to their beloved guard rail would be held accountable. No excuses or special privileges for anyone.

So apparently critical was this issue to national order that it was a deputy commissioner of police who spoke out about it. He declared that Bolt, as anyone else - if found culpable in the one-vehicle collision - would be made to face the consequences of his actions.

Now this is most impressive. That lowly guard rail managed to amass more popular support overnight than Ras Astor Black has over years of trying to win a seat in Parliament.

It appears that not all guard rails are created equal, though. There are a few near the transport centre that have been damaged by wayward motorists, yet only this one has the backing of the people. A commendable feat, that.

I remember once, driving along Mandela Highway, when a loopy cyclist rode by my car, clipped my tail light, breaking it, before riding off. Furious, I was about to pursue the imbecile when I spotted a lazy-eyed policeman standing guard under a tree. I hurriedly told him what happened and pointed out that if he was quick, he might still catch the miscreant. The policeman regarded me with mild amusement before saying, "Den what mi must do bout dat? Him done gone already."

Had I been of the guard rail's ilk, I might have got better results.

Bolt's crash sparked discussion on his driving abilities. One suggestion is that his 'handlers' should insist he either hire a driver or park his sports cars and get an SUV to move about in. (That term 'handlers' is a strange one, isn't it? It rather makes Bolt seem like a Fabergé egg that might well fall and break if not held properly).

Clearly these suggestions are made out of genuine concern for the fellow. But why stop there, then? How can Bolt, after all, be allowed to live in a house made of concrete and steel? These things often collapse during an earthquake, you know. Our best bet is to have him confined to an underground bunker somewhere at Up Park Camp and be allowed to leave only when it's time for training or for performing to the amusement of his fans. When he is being transported to these engagements, he should be forced to wear a helmet and he simply must be delivered via helicopter. It's harder to get into a fender bender in a helicopter.

Perhaps this car crash warrants the attention it has received, and maybe those watching with eagle eyes to ensure Bolt gets no special treatment from the cops are right to do so.

But while insisting that Bolt not be shown preference in any way, we also need to ensure that he is not treated any harsher than is absolutely necessary. If we seek reimbursement from him for the damage done to the guard rail he crashed into, we need also to see to it that the other mangled guard rails in the area, and across the country for that matter, are fixed at the expense of those who damaged them. No special treatment for Bolt, or anyone else.

On another note, I hope the sprinter hasn't taken the national support for the guard rail too badly. It must sting a little to see all the concern it received. To him, I say success is the best revenge. Just train hard, go out and win at the upcoming national trials, then turn to the nearest camera and hold up a crudely written note with the words: 'Yea, rail. Talk nah.'