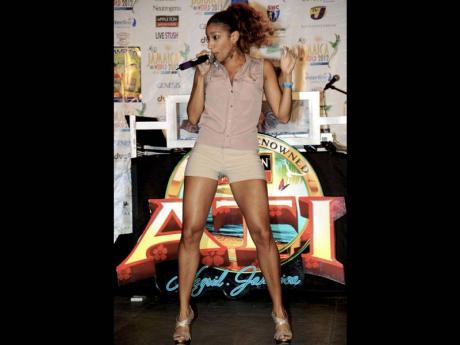 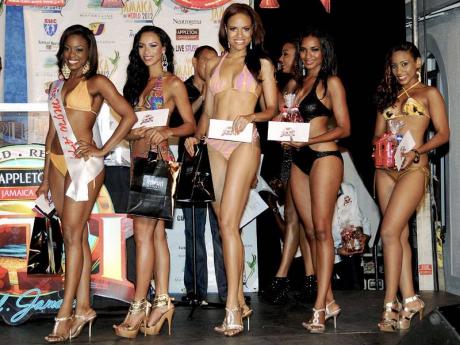 The Miss Jamaica World ATI winner along with four runner-ups will get on board with the Appleton Temptation Isle (ATI) party weekend as ambassadors to promote the event.

The contestants walked to songs such as Konshens' Bad Gyal and Tifa's Dash Out in the casual-wear segment while Nicki Minaj's Starships set the pace for the swimsuit segment.

Entertainer had a difficult time as one of the judges.

"It's very difficult because all a the girl dem look good enuh. All a them have them own unique thing 'bout them weh stand out," he told The Gleaner.

He added that he had already seen his top five, but not a winner.

Another member of the five-part judging panel, Absolute Entertainment's Alex Chin told The Gleaner the partnership with Miss Jamaica World was born from the need for the best girls to represent the ATI weekend.

What were the judges looking for? Alex Chin explained:

"One of the things is obviously beauty, figure, and we're also looking for that beach-sexy body because it's Negril that we're looking to promote. Also, we look at how they party and interact with people because we want people who know how to get along and interact with people. We want people that go out and can party because that's what ATI is all about. Wi nuh stand up and pose."

Performances from Camar, Hezron, Esco, Fresh and Bling Dawg served to entertain the audience during breaks.

After the announcement of the winner, the event's after party began as attendants enjoyed Appleton mixes from the bars and mingled.