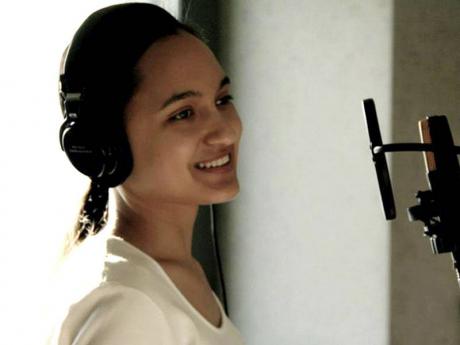 The celebration kicked off with a feature on FOX Network, where she performed her latest single, Any Day Now, and her debut single, Unfamiliar Feelings, to more than a million viewers. She had this to say about the experience:

"From the moment I walked into the FOX 5 building, I was overcome with excitement, knowing that about one million people could see me perform ... . It's an honour to be recognised by the Washington, DC, reggae community and I am humbled by the experiences ... I have to say a big thank you to my manager (Ric Zheron) and producer (Rhoan Bromfield); my sound engineer, Mike Watert; all the musicians who played on this project and all the fans who have shown me their love and support."

Currently, BNE and Brown are busy promoting Any Day Now, which is available on iTunes and Amazon.

Any Day Now celebrates coming back to one's place of peace on a traditional one-drop reggae groove. It is anticipated that this single will penetrate the European market, where there is a strong appetite for traditional reggae music.

"I hope that my existing fans will be happy to get a new song from me and that I will gain new listeners. I also hope reggae lovers will realise that authentic groovy reggae is still very much alive."

Brown will also make her mark in New York City this August at Jamaica's 50th anniversary celebrations, where she will join the likes of Oliver Samuels, Dobby Dobson, Wailing Souls and many more. Fans who wish to keep updated on the latest news can join go to www.facebook.com/ruthannbrownmusic.