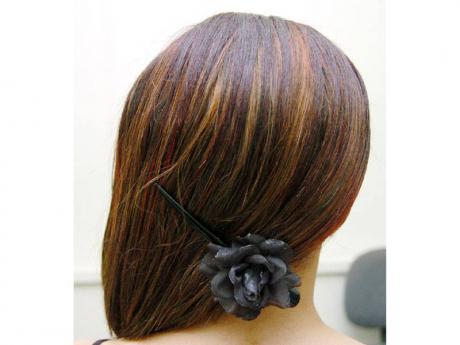 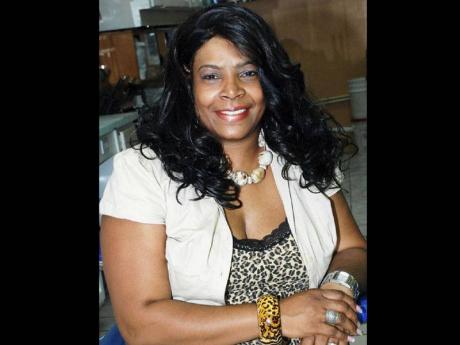 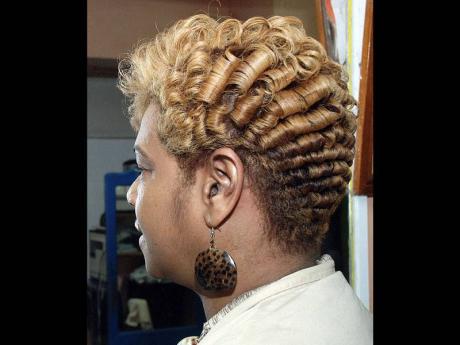 Janet Williams-Pesoa sports a hairstyle with three tracks of blonde weave to the front. The human hair costs $1,500. - photos by Colin Hamilton/Freelance Photographer 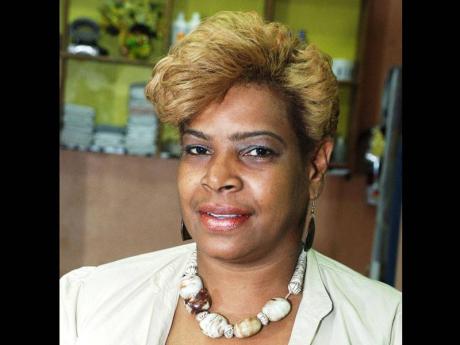 Janet Williams-Pesoa sports a hairstyle with three tracks of blonde weave to the front. The human hair costs $1,500. - photos by Colin Hamilton/Freelance Photographer
1
2
3
4

Hair for sale! Who in days gone by would have thought that female tresses would hit the retail trade on such a scale?

Sale of the timeless, ageless wig and its corollary hair extensions is now a multimillion-dollar industry and beauty-supply retailers are cashing in.

Hair types like Yaki Straight, Yaki Curly, Yaki Supreme, Yaki Ultra Plus, Milky Way, Remi Lace Front - all in varying lengths and colours - are being imported and sold across Jamaica.

The business of hair is thriving and growing.

Hair is sold either by the pound or the pack depending on the quality and type of hair desired.

Salon and beauty supply owner Antoinette Thompson, who operates an uptown business and sees mainly professionals and some celebrities, gave Flair an insight into the business.

"Today, every woman has to have at least two wigs, and it's no big deal," said Thompson, who has over two decades of experience. She emphasised that convenience plays a major role in this practice.

A trendy hairdresser who specialises in weaves, Thompson explained that Jamaican women emulate the style of international celebrities.

"Most of the movie stars wear weaves," she said, noting that these stars sport very expensive hairpieces, made from human hair and many women whom she sees are ready to keep pace.

Thompson also retails weaves in a small beauty supply shop in uptown Kingston, adjacent to her salon. She sells human hair by the pound from $15,000 to $20,000 per pound, depending on the hair colour and length. The average bob requires about a half pound of hair.

The Supreme Yaki Ultra Plus brand, which is also human hair, can range from $3,500 to $6,400 per pack, also depending on length and colour.

Thompson charges from $4,000 upwards to put in weaves.

Hair retail therapy has caught on in Jamaica and is no longer considered taboo. It is embraced and women are loving their acquired tresses.

A cursory scan of any group of Jamaican females in any setting will reveal that most are sporting a hairstyle which incorporates either a weave or a wig. While quite obvious in some cases if left to the untrained eye, the extensions can go unnoticed. If noticed, it's no big deal either.

Commenting on the hair market dynamics, Thompson said like all other commodities, the retail stores downtown are undercutting the salons.

She said she has seen a decrease in how often women come in to do their hair and sales in the beauty supply shop aren't high as most of her clients purchase the hair in downtown Kingston, which is experiencing healthier sales.

"The Chinese merchants downtown are selling thousands of packs per day," she said, further stating some wholesale grocery owners are emptying their shelves of canned goods and piling on hair and hair products.

But, considering the fledging economy, where job cuts and wage freezes are rampant, it leaves one to wonder if women are cutting their spending habits and adding hair extensions.

"For economical reasons some women do it every holiday or for special occassions. But there are others who have chosen to wear weaves as a permanent do, she explained.

Professional women, she told Flair spend a lot on maintaining a weave because they cannot afford to look unkempt. So that adds to the cost.

"Others make it last for months by using oils and gels," she said.

Immediate past president of the Hairdresser's Association, Imojen Todd-Watson, said while it's difficult to place a dollar value on the amount of money weaves cost in relation to the overall hairdressing industry, she can say that stylists and distributors have a healthy market for their services and products.

"There is an increase in persons wearing weaves and hair extensions," commented Todd-Watson, who agreed that in some ways these hairstyles are recession-proof. While the initial cost of a quality style can be pricey, it can be worn up to six months with less upkeep than a hairstyle where the woman sports her own hair.

"I change hairstyles every month to two months," she said, explaining that she spends up to approximately $19,000 on a hairstyle, which includes the cost of the weave and the hairstylist's labour.

"I only buy Remi, which is an expensive brand, and a pack is approximately $7,500, and I have to buy two each time," she said.

"That's me, most people would not spend that much for a hairstyle," she said. Otherwise, to cut costs, she does some upkeep herself, but overall she has not reduced spending on her hair.