We all make mistakes 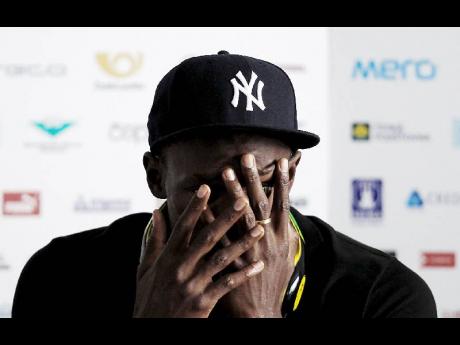 No matter how we think we're bullet-proof, there's always something to remind us we're human.

Came across a story of an English family leaving one of their children at a pub where they were having lunch. The parents and siblings had to come rushing back in a panic for the forgotten child. Now I figure you're saying to yourself that kind of thing happens all the time, so what's the big deal? Well, the family in question is that of British Prime Minister David Cameron. Yep, the goodly PM and company forgot their daughter at a place where they were having lunch with some other families.

After the event, the family bundled into two cars (the whole security business you understand) and headed for London. Age-old problem, each parent thought the other had the child in their car and it wasn't until they got home, they realised the little one wasn't with them. I can only imagine the look on the girl's face when she realised she had been left behind. Kind of like Macaulay Culkin in the Home Alone movies, I bet. And considering who her parents are, I'm sure PM Cameron and the Mrs must have envisioned getting that evil-chuckle phone call "We've got your daughter, hehehe". Fortunately, none of that happened, and upon rushing back to the venue, the little Cameron was good to go (home).

Somehow, when persons get to certain levels and hold certain offices, we think they become infallible. It's like we don't think they are capable of mistakes, wrongdoing, don't put their feet in their mouths or do 'ordinary' things. I remember a cousin of mine wondered aloud whether members of the royal family wipe their own butts after taking a dump! (If you're visualising the Queen right now, sorry). The obvious truth is rich folks, poor folks, mentally ill folks, it doesn't matter. Our blood is the same colour and we all have wants and needs. And yes, we all do dumb stuff.

So before we start crucifying Cameron and company for their family faux pas, let us remember that all this means is he's a regular Joe just like me and you. He gets paid way more for doing a way more difficult job, but he puts his pants on one leg at a time, just like us. Okay, so his pants probably cost more and we can't afford the tailor he uses, but you get what I mean.

Now if you think I'm going to come with a Usain Bolt argument after his recent fender bender, I'm not. I think it's been talked to death. All I shall say is, Puma, if Bolt is having trouble driving his BMWs, give me the next one meant for him. I will take good care of it (big grin).