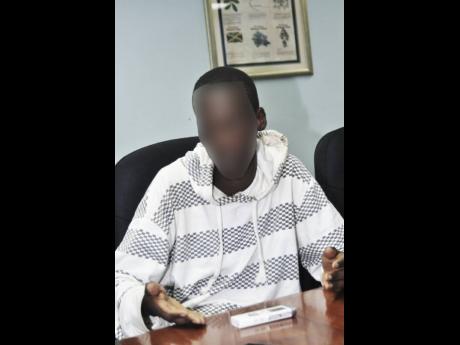 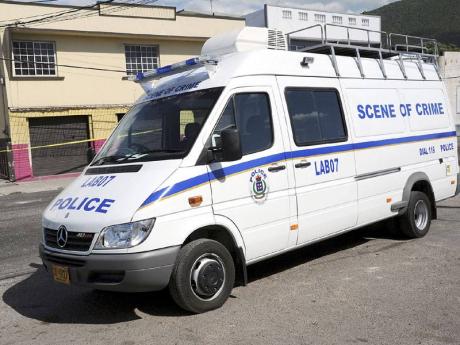 At age 21, Jerome* is trying break free from a gang he said is hell-bent on seeing him in the grave. His decision to step away from the crew, which he claims recruited him at age seven in a Kingston community, has rendered him homeless and destitute.

According to him, his new lot in life is a far cry from what he had become accustomed to when he was under the control of the so-called 'don', who would simply "run weh somebody out of a house" and give it to any of his henchmen.

"Money, car, girls, jewellery. Anything mi want mi would get," Jerome said as shared his story with The Gleaner from the office building of a youth organisation where he has gone in search of help.

The young man said seeing one of his childhood friends gunned down - by the same man they all pledged their allegiance to - was enough to fuel his intention to walk away from all his ill-gotten gains four years ago.

"When him shot mi friend, the first thing him ask is, 'Weh mi gun deh?' Is like him no response fi (care about) nutten more."

Jerome recalls that when another of his friends was killed by the police, the don's only concern was the security of his gun.

For his life of crime, he cast blame at the feet of his absentee father and a mother who he said was always quick to put him into state care.

"At age seven, I was at the Ministry of Education most days begging $20, $20. In the evening when I reach home, the guys dem would seh to me, 'Yuh nuh haffi go out deh go beg. Yuh can stay yah so and mek you own money'."

Enticed by the prospect of quick money, he started off carrying a 'gun bag', for which he would be paid $100.

"Mi use to carry dem from yard to yard, hide them off so if anything me know exactly weh dem deh. A so mi get pay."

But his time in the gang was short-lived after his mother handed him over to the state. He went on a three-year stint, moving from a boys' home to a remand centre before running away at age 10.

"Many nights when my mother come home from work, she inside and mi outside a sleep on concrete. She would bring food for my sister and mi never get none. So all of this push mi further," he shared.

"At age 10, mi go in with dem fi good now and start do every single thing. Mi find out seh mi have money coulda buy whole heap of things and still have money," he said.

"I was trained to fire shot at police ... . When we have target practice, we fire shot on any police, but when soldier come in now, a deh so we tek weh we self."

Jerome said it was during one of his many target practices he first came face to face with top cop Cornwall 'Bigga' Ford and members of the Jamaica Defence Force. He said he soon discovered that one of the soldiers was his father.

"A when mi reach 15 mi know my father, and a over radio mi so-called mother contact him. Mi remember the person weh mi shoot after and when him come, mi see him face. The first thing him greet me with was a box inna me face. What mi greet him with was, 'Me a go shoot you'.

"Him seh him did know me at the time when the shoot-out a gwaan, but mi never know him," the young man said.

Jerome's ambition to quit the gang did not materialise until three years later as he had to be strategic, knowing he would be marked for death once his intentions were known.

"If mi did tell dem seh mi a leave, dem woulda get rid a mi because mi know too much. Mi decide seh mi want a better life. One and two night dem call mi fi come lock corner and mi tell them, 'You know seh mi tired'. Mi find every excuse fi nuh go. Tonight mi go, tomorrow mi nuh go until them no see mi none at all."

As he disclosed, on his last visit to his house in the community, he came across two bullet holes in his pillow which served as a message that death would be his only ticket out.

Now on the run, Jerome said his ex-cronies came close to snuffing out his life on more than one occasion, and have even threatened to kill his mother and younger sister whom he left behind.

"The last time a youth come tell me seh dem threaten fi kill everybody weh mi care about if mi nuh come back, and my response was, 'Kill anybody because I just don't care'. I live by myself on the street and I have no family."

But even with his deep-rooted anger, the young man, who said he has a one-year-old daughter, still harbours hope of making amends with his relatives and start his life afresh.

"Mi a 21 now, but me would still love fi have a family around weh can help mi and mi daughter right now. Mi would love to get some help to find a job, get a house and start life over," he said.