With or without the IMF, it is Jamaica's problem 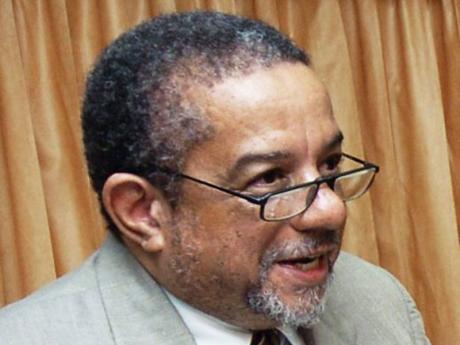 The International Monetary Fund (IMF) is the monster of yesteryear and, by its own admission, quite deservedly so.

It used to impose conditionalities on borrowing countries that were very often inappropriate to their circumstances.

Jamaica, in 2012, is seeking a seal of approval from a 'new IMF' to facilitate access to external financing. Any evaluation of this intention and its likely implication has to begin with the admission that we owe a lot of money and we will not be able to borrow externally unless the IMF agrees that we are substantially improving in the management of our public finances.

The failed February 2010 agreement with the IMF required the debt exchange up front, fiscal restraint and structural changes, including tax and public-sector reform to ensure our continuing capacity to repay our public debt.

We did the debt exchange, but after a promising start, fiscal restraint and reform of public-sector financial management fell by the wayside. There was bad weather and revenue underperformance but also explicit unbudgeted expenditure and indifferent implementation of the reform agenda.

The programme may have had a fundamental weakness in its indifferent treatment of economic growth.

In 2010, the IMF was enthused by Jamaica's commitment to adjustment and reform and led other multilateral financial institutions and the European Union in committing unprecedented loan and grant financing.

By 2012, that enthusiasm has evaporated and the IMF will not formally enter programme negotiations till Jamaica begins an effective and irreversible implementation of the changes necessary to make our public finances viable.

Not an IMF problem

The deep adjustment promised by the Budget is consistent with the IMF's own exhortation that the Government should invest some of its political capital in fundamental change. This is only a start as expenditure now has to be managed within budget and structural changes implemented to place public finances on a sustainable footing.

With or without the IMF, Jamaica needs to implement its Budget and the reform programme. Without the IMF, though, our reserves disappear, interest rates and inflation increase, we may not be able to service existing debt and there may be industrial unrest and social dislocation. It is not an IMF problem.

The 'new IMF' is not formally making explicit demands but is broadly supportive of the Budget and the unfulfilled reform agenda of the aborted programme.

There is now more explicit interest in growth where the World Bank has focused on real productivity and cost issues, including security and energy costs.