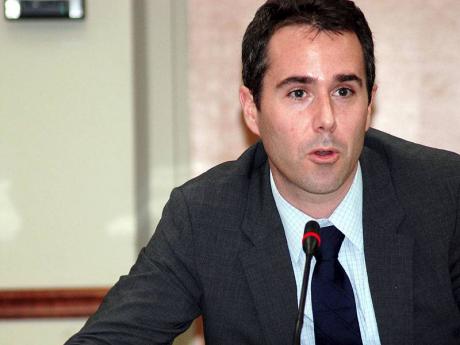 A NEWLY established United States foreign policy is demanding that lesbians, gays, bisexuals and transsexuals in countries such as Jamaica be afforded a certain minimum standard of human rights.

Deputy Assistant Secretary of State Daniel Baer, who has responsibility for lesbian, gay, bisexual and transsexual (LGBT) rights, told The Gleaner that the policy is intended to ensure people are not discriminated against because of their sexual orientation.

Baer said the US Department of State will not leave it up to the Jamaican society to decide at its own pace if and when it will acknowledge the basic human rights of homosexuals.

"No! They shouldn't," the deputy assistant secretary of state responded when asked whether individual nations should be left to decide for themselves on LGBT rights.

The US is, in effect, advocating a global minimum standard. Baer expects that the nitty-gritty issues "will be determined ideally through democratic governance and through citizenship participation".

"There are certain minimum standards that all societies are meant to protect for each person and people shouldn't be thrown in jail or killed for who they are," he added.

At the same time, the deputy assistant secretary of state says LGBT rights are no longer a bottom draw, back door issue for the Department of State.

Two years ago, Clinton sent a cable to all US ambassadors across the world saying, in Baer's words, "I want you to engage on these issues the same way you do on the rights of people with disabilities, or women, or religious or ethnic minorities - this is part of our human-rights policy."

"There has been a misunderstanding ... that in that speech she also articulated that there was some sort of new conditionally possibility with US assistance based on this," Baer said.

He continued: "What she said was that we would use our assistance policies to help further these human-rights objectives ... . What she was getting at was an affirmative ticking ... . That means paying attention when you are designing a programme and making sure you are being fully inclusive, that populations that are at risk, that are marginalised in societies are included and are at the table. That's an affirmative policy goal that is part of our assistance."