Teen gives till it hurts - Part 2 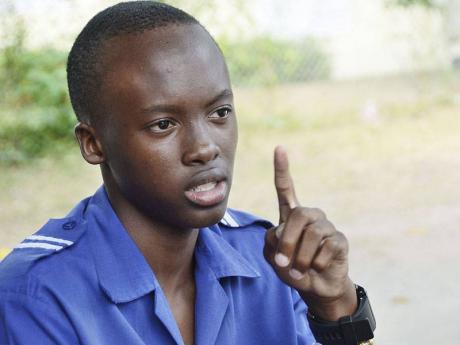 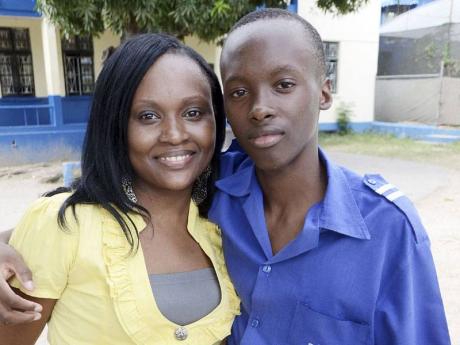 Omari and his mother, Elesha McKoy. - Photos by Rudolph Brown/Photographer
1
2

This story is about 16-year-old Omari Gillespie, who has a heart so huge, he is constantly driven by a desire to fulfil the needs of others.

Despite battling severe idiopathic scoliosis that often leaves him writhing in pain, the Jamaica College student holds to the philosophy that many others are worse off than himself, therefore, he must assist where possible.

"It hurts my heart so much. He is always telling me not to worry about stuff, but I understood what it was and how it would affect him. But because of his courage, I became stronger and learned how to deal with it. But it's hard to watch him being in pain," Omari's mother, Elesha McKoy, told The Gleaner as she continued her story.

"Even this year on his birthday, when we were out there feeding the people, I was so worried about him because you could see he was in pain, but he wouldn't stop.

"No matter what he is going through or the severe pain he is in, he always says there are several other children who are in worse position than him, so why should he complain.

"But I can see that it is affecting him physically, emotionally, mentally and his academic performance."

Last December, with the help of several persons, they were able to travel to Cuba for consultation.

McKoy said the doctors informed them that it was very bad, now at a 45-degree angle, and unless he receives urgent corrective surgery, he will develop serious complications.

However, the family is yet to raise the money for the surgery.

Residing in Portmore, St Catherine, with her two sons, Omari and his younger brother, 13-year-old Geovanni DeGouth, the unemployed teacher said she was hoping he could get help soon.

While trying to find a job or start a small business, she is grateful for the help she has been getting for him.

McKoy pointed to Howard Hamilton as one of the persons who have been a source of strength for the family. Omari's tennis coaches Evan Williams and Godfrey Gregory, as well as the Jamaica College community, are also very supportive.

"He is so respectful and obedient and because of that, people are always so willing to help him in every way they can," she said.

"He doesn't even like getting help because he keeps saying the purpose of helping people is not to get help for himself, but sometimes I laugh because he's behaving as if he's not in need. I have to tell him that is how God provides for him."

Although Omari credits his mother and grandmother for inspiring him to help others, his mother argues that it is something he was born with.

"He is amazing all by himself. I could only inspire him to do this because of what is in him. The length he goes to help others is just amazing," she stated with pride.

Outside of wanting to play professional lawn tennis, Omari is aiming for a career in political law.

(Part One of this feature appeared in yesterday's Gleaner).