One privateschool rallies back, despite challenges 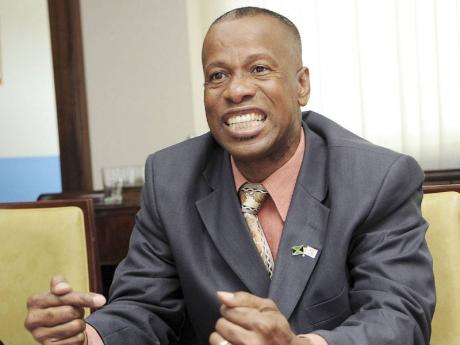 While some private schools across the nation are increasingly strained by payment delinquencies and possible closure, the Reverend Sylvester O'Gilvie, president of the Jamaica Independent Schools Association (JISA), said that new schools are being set up.

Declaring at a Gleaner Editors' Forum last Wednesday that the situation concerning the private schools may not be as bad as it seemed, Rev O'Gilvie said that of the six schools that were reportedly expected to close, one has made a turnaround due to the efforts of the parents involved, and that these were not major private schools "so it's not that bad", O'Gilvie emphasised.

Eagle's Wing Elementary is one new private school in Bogue, Montego Bay, that will see the transfer to its facility, students from another private school in the parish that announced the possibility of closure in December last year. Subsequent to the announcement, several parents with children at that institution followed up on the ambitions of principal Consuelo Rickets and transferred their children to Eagle's Wing.

With regards to the financial situation that is expected Rickets said, "I put it in God's hand, honestly, although I am aware of the financial challenges that may lie ahead."

Eagle's Wing will open a preparatory division in September.

Although Rickets is aware of the significant constraints that may lie ahead, she is willing to swim the tide because of her love for teaching boys especially.

Relying on a policy of not sending away any child, she said her plans for funding include seeking private donors, starting a fund for sponsorship of needy children and devising plans to have parents helping other parents.

Jermaine Martin, principal of the Institute of Academic Excellence, suggested that an average of $10 million is often owed to private institutions and these delinquency rates put the institutions in grave financial difficulties from term to term.

But Rev O'Gilvie, while outlining the myriad of issues that faces private schools in Jamaica, reiterated that although the schools have it hard, they are seeking no handouts but the provisions of access to means that will aid them.