Get ready for the grand 'waste of time' debate 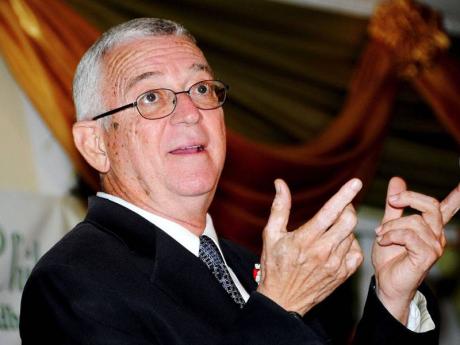 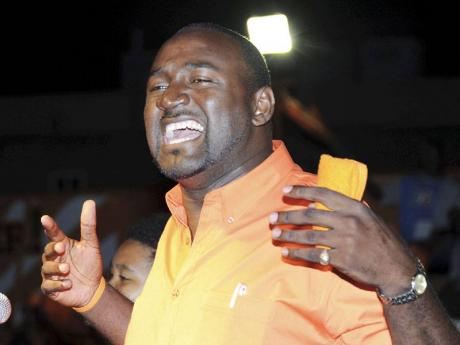 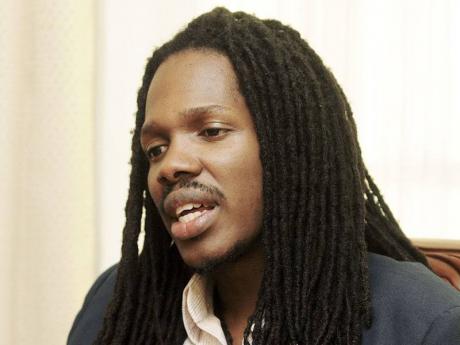 The Grand 'waste of time' debate, elegantly labelled the Sectoral Debate, gets under way in the House of Representatives tomorrow.

Minister of Transport, Works and Housing Dr Omar Davies opens the debate, and will be joined on the day by Education Minister Ronald Thwaites and opposition spokesman on agriculture, J.C. Hutchinson.

To the best of our knowledge, the debate is taking place under the same old free-for-all structure. Last year, it was postponed after both the Opposition and the Government agreed there was need for the debate to be revised.

Let's recall that the Standing Orders Committee of the House of Representatives proposed that a maximum of four resolutions on national issues be brought before the House for consideration and debate.

To the best of our knowledge, there has been no amendment to the Standing Orders to allow for a change in the format of the Sectoral Debate. Similarly, resolution has been tabled in the House that would allow for pointed discussions in these debate.

We long for the day when the Sectoral Debate is structured in such a way that it contributes significantly to the legislative and policymaking process.

At present, the debate is open to anything and everything, and serves the purpose of giving members of parliament an opportunity to have their names recorded in Hansard as having open their mouths in the House.

Thwaites, who speaks tomorrow, has long been a proponent of the change of which we speak. It is for this reason we hope his presentation is not a wide-ranging report on his stewardship as minister of education. Rather, it would be most helpful if Thwaites engage the House on an issue such as funding tertiary education.

It is our view that the funding of tertiary education is a most critical issue that the Parliament should concern itself with. In fact, this very matter came up during the recent sitting of the Standing Finance Committee of Parliament.

If Thwaites leads a debate on funding tertiary education, it would allow continuation of a mini discussion that took place during the Standing Finance Committee on the very issue.

During the sitting of that committee in May, Dr Horace Chang, the MP for North West St James, again brought to the fore the fact that much of the country's resources are being spent pursuing courses for which the demand in the job market is low.

He argued that many students, especially the less privileged in the society, because of cost factors, decide to choose bad courses.

"Some of those courses are required, but most of them are liberal arts courses which are less expensive than technical subjects, and we are finding that when they leave school, they cannot get jobs or pay loans," said Chang.

Agreeing that it can't be business as usual, Thwaites said, "Our human-power needs require that we be far more focused and targeted.

"We must prioritise our grant of scholarships and student loans to those areas," Thwaites said.

He said universities will cease getting subsidies by virtue of their existence.

"The universities' grant must also be tailored to national human-power needs and towards targeted research and development," said Thwaites.

It is not the first time that a government has signalled an intention to redirect funding for tertiary education into the most critical areas.

In 2009, then Prime Minister Bruce Golding said the Government would be seeking to influence the Students' Loan Bureau to offer loans at cheaper rates for certain disciplines.

"We are going to offer preferential terms for those areas of study that we feel are in national demand, and we are also going to improve access to those funds," the then prime minister said.

Golding had announced in March 2009 that the interest rates for some areas of study would be reduced from 12 per cent to four per cent, effective that year. That change is yet to take place.

It is clear that we have been unable to evolve beyond those mere expressions of intent. One reason this is so is because the Parliament has not taken an interest in the debate on funding tertiary education. Scarce taxpayers' dollars are being wasted in areas of study which will hardly redound to the benefit of the country. If Jamaica is to experience real economic growth, our people must be equipped with cutting-edge skills and knowledge.

The Gavel has no doubt that the talent exists in the House for the members to engage in the sort of intellectual rigour that is needed on this issue.

Currently sitting in the House are two recent presidents of the Guild of Students at UWI, Dr Dayton Campbell and Damion Crawford, who must both stand up and give guidance in this regard.

Leader of the Opposition Andrew Holness, a former education minister, is au fait with the issue, and so is Marisa Dalrymple-Philibert, the spokesperson on education.

Then add to the mix Dr Chang and Karl Samuda, who have consistently demonstrated the capacity to think; and youngsters Raymond Pryce and Arnaldo Brown, who are no intellectual lightweights.

Let us hope it is not too late for Minister Thwaites to provide the type of leadership we are recommending. We remain convinced that this matter of funding tertiary education requires full ventilation, and the Sectoral Debate is the place to start.

It is also our view that the Human and Social Development Committee of Parliament consider the issue and send a report to the full House. From these discussions, the Government should produce a White Paper outlining policy directives, which should be ready before the committee on tax measures meets to consider revenue measures for the next fiscal year.

Jamaica's development hinges on a fresh approach to governance; the Sectoral Debate can no longer be a talk shop on the road to nowhere. The time for transformational leadership is now. The taxpayers demand no less.