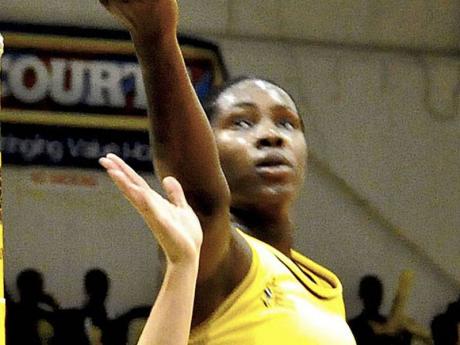 The 22-year-old Fowler shot 57 goals from 66 attempts and received good support from Ann-Kay Griffiths, who shot a perfect four goals from four tries. Chrisna Bootha was the leading scorer for the South Africans with 34 goals from 45 attempts. She received support from Maryka Holtzhaunzen, who added 12 goals from 19 attempts.

Oberon Pitterson-Nattie, head coach of the Sunshine Girls, was pleased with her team's performance.

"I am happy ....," said Pitterson-Nattie. "I thought that we started out really slowly, but I have to congratulate them for keeping their composure. ... They built it one by one and they took their time when they were in front to establish their lead."

Too hot to handle

Fowler proved too hot to handle for South Africa's defensive pair of captain Amanda Mynhardth and Anneret Viljoen, as she powered her way around both players in scoring all 13 goals to give Jamaica a slim 13-12 lead at the end of the first quarter.

Defender Sasher-Gaye Lynch appeared to be very tired after the end of the first period and was replaced by debutant Shamera Sterling. The moved paid off for the hosts as Sterling teamed up well with fellow defenders Malysha Kelly and Vangelee Williams to force their opponents in a number of turnovers, while making it very difficult for the visiting shooters to get clear looks on goal.

At the other end of the court, the right-handed Fowler was unstoppable as she scored all her team's 15 goals to give the Jamaicans a four-goal cushion, 28-24 , at half-time.

With the large cheering crowd on the home team, the Sunshine Girls stepped up the tempo and in the process, mesmerised the South Africans with their swift passing and good off-the-ball movement. They outscored the visitors (15-10) to take a 43-34 lead at the end of the third period.

The South Africans fought hard in the final quarter but again they failed to match the speed and skill of the Sunshine Girls and the Jamaicans romped to a comfortable victory.