Thomas still waiting for that call 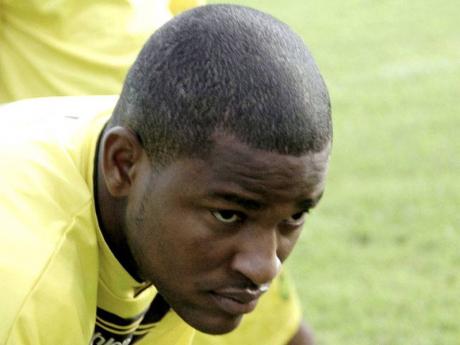 From his current base in Canada, Shavar Thomas caught only highlights of Jamaica's matches against Guatemala and Antigua and Barbuda to jump-start the 2014 World Cup football campaign. The results - a Jamaica win and draw - were encouraging, he explained, but without more information he couldn't properly assess the Reggae Boyz.

Thomas was also unable to determine, after being a regular starter, captaining the Reggae Boyz numerous times since 2009, winning the Digicel Caribbean Cup and reaching the quarter-final of last year's CONCACAF Gold Cup, the reason he has not played any of Jamaica's recent internationals and failed to earn a call-up for the two World Cup qualifiers (WCQ).

One possibility is Thomas' club form. He has been in and out of the team at Montreal Impact in Major League Soccer (MLS) this season. Jamaica's head coach Theodore Whitmore stressed that Boyz must get quality playing time at clubs to stake a claim in the national team. Yet Thomas appeared in only three games - a total of 33 minutes - for his last MLS club, Sporting Kansas City, while getting a consistent run of national duty in 2011.

The 'honest' reason could be the coach thinks the 31-year-old is not good enough. Whitmore declared, after a lengthy screening process, he selected Jamaica's best squad for the WCQ from players fit and eligible. But it's no secret central defence has been a concern, especially since the departure of players like Ian 'Pepe' Goodison. The problem was again magnified in the 2-0 Gold Cup loss to the United States.

CONCACAF coaches respect the speed, skill and athleticism of Jamaica's players. They are also convinced the Boyz are prone to mental mistakes. Thomas, physically tough and tactically able, is not the quickest, making it more difficult to avoid or correct errors. Whitmore immediately injected Adrian Mariappa and Nyron Nosworthy into the starting line-up, although the English-born pair counted a handful of recent international 'friendlies' between them. The coaching staff, it appears, had seen enough.

But it's impossible to convince Thomas he's done at football's highest level, even as he slips rapidly down the pecking order for players at his position, falling behind not just Mariappa and Nosworthy, but Claude Davis, Jermaine Taylor and Damion Stewart competing for two starting spots in the 4-4-2 formation now adapted by Jamaica.

Thomas, who captained Jamaica at the FIFA Under-20 World Cup in 2001 and is better suited to 5-3-2 playing as a sweeper behind two-man markers, made his senior debut as a teenager under coach René Simoes. He played his first WCQ at 20 under Clovis D'Olivera during the 2002 campaign. Now he is again confronted with the prospect of missing out when it matters most. But he refuses to believe the World Cup train will leave him at the station for the fourth - and last - time.

"I don't look at it that way," Thomas said. "This (football) is my job and I'm still enjoying it. When I've played for Jamaica, we've got results. I haven't handed in my resignation from the national team."

He's not asking for special favours. The chance to pit his ability against the rest, especially leading up to Jamaica's next WCQ against the United States in September, is what he hopes for.

"I don't want anything handed to me," Thomas said, "just an opportunity to compete for my game."

The window is open. While solid for most of the Guatemala game in Kingston, four days later Jamaica's defence, with Nosworthy and Mariappa in the central roles, struggled to contain Antigua in the 0-0 draw away. Yet Thomas refused to debate why Whitmore has not called his number. They spoke before Jamaica played Cuba in February.

"He was just keeping in touch," said Thomas on June 14. "It was a normal discussion."

But he could not disguise his feelings at being dumped for the start of the 2014 campaign.

"I was looking forward to a chance to compete," Thomas said. "I expected to compete."

He has no problem with the influx of overseas-born players being drafted into the national team, even at the last moment, a trend started by Simoes.

"At any given time you need your best players," said Thomas. "We need everybody."

What he would like see is a review in "how the coaching staff makes the integration" of foreign-born players, especially if they had not been part of the build-up to WCQ then come in to replace those born in Jamaica. Thomas, a native of Hannah Town, West Kingston, believes the process has disoriented young, local-based talent in the past.

"It is one of the reasons, from my perspective, why a lot of our good players fall between the cracks," he said.

Thomas is not the only Reggae Boy who was a regular in the national squad over the past couple years, but now finds himself sidelined. His omission is most glaring because he captained the Boyz frequently and is viewed as a leader. Thomas insisted "most of the onus" to represent Jamaica remains with the players - their commitment to wear the nation's colours. He believes he has that in large supply, earning over 40 caps. It also helps him survive setbacks, like bouncing around seven teams in MLS, North America's top professional league, since 2003 and being left out of the national team.