Russell close to her best 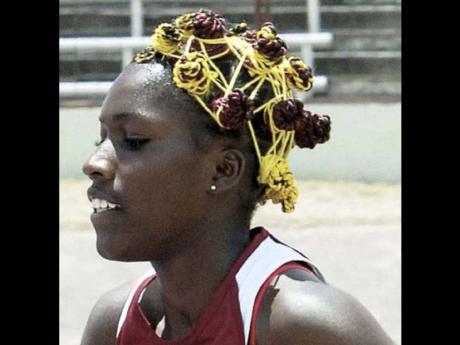 AFTER failing to get it right all season, Holmwood Technical's multi-talented athlete, Janieve Russell, was at her best on Saturday in the girls' Under-20 400-metre hurdles at the Supreme Ventures Limited JAAA National Junior Championships.

The 2011 Carifta Games champion posted her second-best time as she won in 57.74 seconds to be the fourth fastest so far on the World Junior IAAF top list. American Shayer Little clocked 57.44 at the United States trials on Saturday to be the world leader in the event.

Russell, who was a member of Jamaica's 4x400m bronze medal team at the World Junior Championships two years ago in Moncton, Canada, was pleased with her performance as her time was close to her personal best of 57.71 done in Montego Bay last year at the Carifta Games.

"Today, I went out there and although I had no competition I was determined to do well as all season I have not put up the performance I wanted and I was getting a bit frustrated," said Russell, who who only had one rival in the event.

Russell credited the move to GC Foster College for her preparation for her improvement.

"I would like to thank the principal of GC Foster College, Mr Edward Shakes, who gave me permission to train on the school track with my coach Maurice Wilson as this allowed him to spend more time in the event with me," she stated. "Running close to my personal best is a positive for me as with several weeks to go to the World Junior Championships, I am hoping for bigger improvement and with the Junior CAC Championships coming before this will be good competition for me to step up big time," she said.

Jamaicans have done well in the event at the World junior Championships and Russell is determined to continue this trend. "I know it will be very competitive as this is the highest level for junior athletes but I am ready for the challenges and hopefully on the day I will be at my best," she concluded.