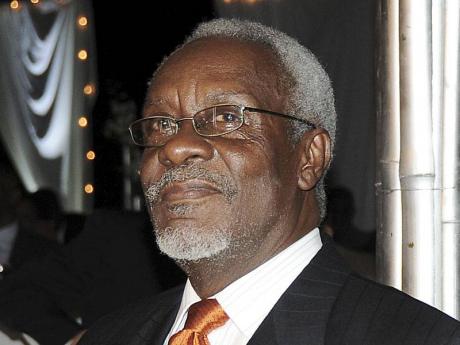 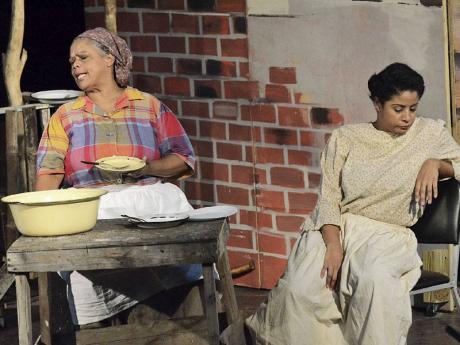 Marguerite Newland (left) and Marsha-Ann Hay rehearse a scene from 'Stanley Fay Pularchie and P' which opens at the weekend at the Theatre Place on Haining Road. - Rudolph Brown/Photographer
1
2

Stanley Fay Pularchie and P opens with a gala performance, under the patronage of the Most Honourable P.J. Patterson on Friday, at the Theatre Place, Haining Road.

The play, written by Gloria Lannaman in the 1970s, with the late Norman Rae as collaborator and director, is a true-to-life representation of the lives and times of waterfront workers, stevedores and longshoremen during the labour disturbances of 1938.

The audience is drawn into the action through conversation in a tenement yard where Miss Pularchie, a typical tenement 'tetess', and Fay, the paramour of Stanley, a leader at the wharf, live.

Mr Silas, an elder, and Nathan, a younger worker, add their thoughts on the distressing condition of the working class, and the picture of the unrest emerges.

The relationships and interaction are further complicated by Doris, daughter of Miss Pularchie; Pearlie who lives in another yard not too far away; and Joey, who comes from the country on both social and business errands.

As they say, the plot thickens with unexpected twists and turns, situational dramas which show the complexities of the characters, with a mixture of anger, pathos and side-splitting humour.

It is out of this ferment and passion for the fortunes of the working class that the labour movement and political system which is being celebrated at this time grew. The play has been designated a Jamaica 50 event.