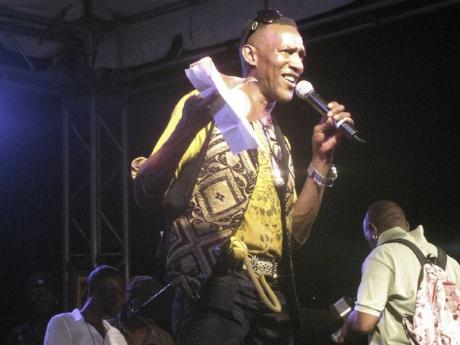 Professor Nuts was a humorous host for the night. 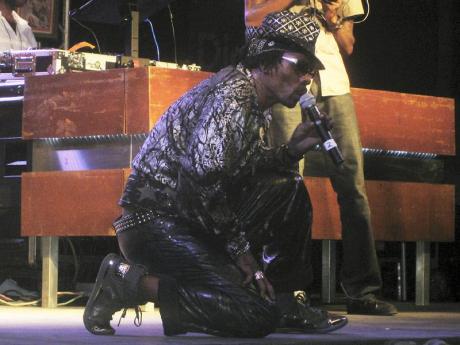 Leroy 'Don' Smart leapt in the air and rolled over on stage during his stint. 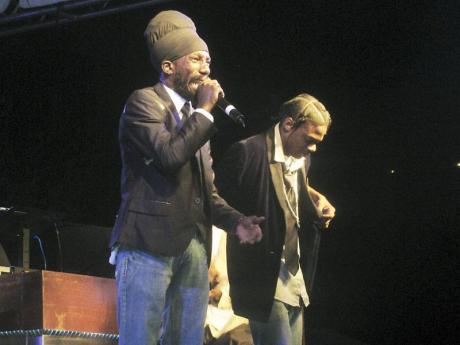 Sizzla was the final performer before the police ordered the party closed at 4 a.m. on Sunday at the New Mas Camp, Arthur Wint Drive, Kingston. - photos by mel cooke
1
2
3

However, members of the large audience did not see the Fireman - or some of the other headliners - on stage. Instead, shortly after 4 a.m. on Sunday, he was striding through the exit, a sizeable throng following, as many expressed their disappointment and disgust with a police lockdown.

While most persons filed out when the event's host, Professor Nuts, announced "the police officers say we must turn it off now, and we don't get the big man yet", there were those who vented. Although the 4 a.m. lock-off was well past the 2 a.m. cut-off time stipulated by law, angry comparison was made to a popular retro party and soca sessions, where it was claimed that "people dance in ya naked, all wet up, till 5 o'clock!"

It was all words to the wind, Sizzla the last performer to hit the stage for a somewhat extended set, working on Kilamanjaro sound system. In the much earlier going, at about 1 a.m. when Nuts announced showtime, it was Stur-Gav's time, Little Twitch punctuating his lyrics with a trademark cry of "Glory!" and General Trees blending extended lyrics with body-spasm dance moves.

However, the dance hit a real high gear at about 3 a.m. after Prophecy's deep voice rolled out Bodybags. Louie Culture reeled off a slew of 1990s popular songs, from the self-confident Bogus Badge through to Education for the independent women, the observation that "Pamela lose har man", and the comment that some women "ol' before dem young".

Louie Culture closed with Tune In, singing for the late Gregory Isaacs, and the crowd filling in with Louie's "link up" opening chant.

Still, there were signs that time could become a factor, Nuts saying "People, we no want light tun on pon we like a farrin. We no want time done pon we."

Leroy 'Don' Smart hit the stage with attitude amplified, his black and silver outfit under a white jacket which was quickly dispensed with. He stomped, knelt, leapt, rolled briefly and sat on the edge of the stage as he delivered to the appreciative audience, seemingly engaged as much by Smart's actions as his husky vocals.

He asked, "What is the meaning of life?" and declared, "Without love you just can't go on", restarting each after the 'forward'. They loved his musical quip that "badness no pay" and Smart went lovers' rock to sing Daddy's Home. Draw Card came before the closing Ballistic Affair, which got a ballistic reaction.

Sizzla rasped through his songs in 'touch and go' fashion, the deluge of mostly one and few-liners rousing the audience. He asked that all be sanctified, paid homage to "love and honour" and indicated that he was Holding Firm. Got it Right Here, Mash Dem Dung, and Simplicity, the last one of the few songs to get more than fleeting treatment.

Sizzla tossed a few flickers of flame at homosexuality as well as at Natural Black for shearing his locks, saying that he had thrown away his glory.

There were some rhythmic kicks, along with a sidekick, on Karate, Sizzla going more outrightly sexually focused with Give it to Them. After a bit of "nookie" seeking, Sizzla speaking firmly against rape, he said, "De offica say a it dat," and left the stage.

And after Nuts' goodbye and promise that the show would be held again, bigger and better, it was.