'Busy' to be taken to United States today 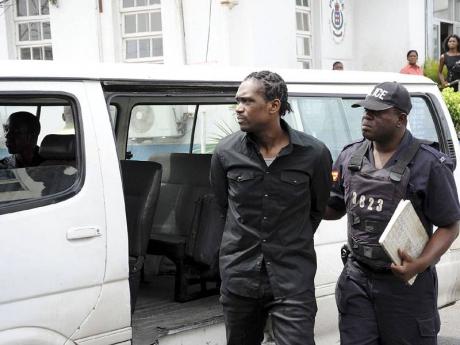 A team of United States marshals arrived in the island yesterday to this afternoon escort dancehall artiste Busy Signal back to America, where he is to face criminal charges in the state of Minnesota.

"A private plane landed this afternoon at the Norman Manley International Airport," a law-enforcement officer, who is close to the matter, disclosed to The Gleaner yesterday.

This was further confirmed by a prominent attorney-at-law yesterday evening.

The artiste, whose real name is Glendale Gordon, recently waived his right to challenge extradition proceedings.

The dancehall star had been implicated in a narcotics offence and is being extradited for failing to appear before the court to answer charges in relation to the offence, allegedly committed in 2002.

'Busy', as he is affectionately called by his fans worldwide, was greeted at the Norman Manley International Airport on May 21 by law-enforcement agents from the US, the United Kingdom, and Jamaica. As he stepped off the plane, the extradition warrant was executed on him.