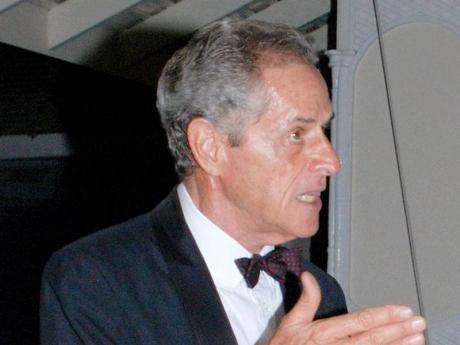 The trial matter for the September 2009 murder of British consul John Terry was stalled in the Montego Bay Resident Magistrate's Court yesterday due to the accused man's absence from court.

Richard Ewen, a 24-year-old resident of Bull Bay in St Andrew, was scheduled to begin his trial, which was previously put off on February 13.

Ewen was discovered absent when his matter was called up.

"Even if he's coming all the way from Bull Bay in St Andrew, I know you would have put him in a position to contact you," she said.

"What I will ask is that you do not execute the warrant until Wednesday to allow me to contact those persons connected to him," said Ho Lyn.

The resident magistrate agreed and stayed Ewen's warrant until June 20.

The prosecution also had their challenge as of the 21 witnesses who were expected to give evidence, only the four investigating officers were present at court.

"I'm going to ask you to redouble your efforts to find the witnesses. Had the defendant been here this morning, you would have had a problem because you have not produced the witnesses," Wong-Small advised the court officers.

Terry was found dead on September 10, 2009, at his Mount Carey home in St James. He was found tied up and the cause of death has been listed as asphyxia due to ligature strangulation. Subsequent investigations led to the arrest of Ewen, who was working as a security guard in Montego Bay at the time of Terry's murder.