Strengthen your immunity with selenium 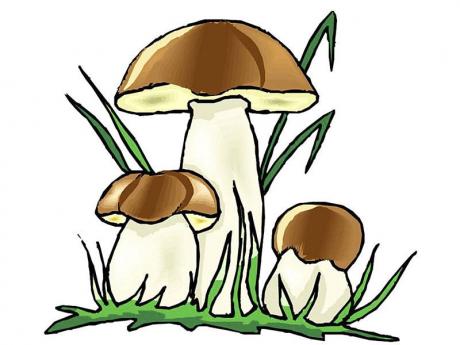 I HAVE often recommended that readers supplement their diet with the ACES - vitamin A, vitamin C, vitamin E and selenium. I have talked a lot about vitamins A, C, and E. But what about selenium?

Selenium is a trace mineral that our bodies use to produce an important enzyme within our cells called glutathione peroxidase that serves as a natural antioxidant.

Glutathione peroxidase works with vitamin E to protect cell membranes from damage caused by free radicals. Selenium ranks with vitamins C, E and A as powerful promoters of immunity.

Selenium supplementation has been found to stimulate the activity of white blood cells - a primary component of the immune system. Selenium is also needed to activate thyroid hormones. Selenium provides protection against a large number of cancers, and against a broad spectrum of diseases especially viral infections.

The importance of Selenium in thwarting viral infections is illustrated by the fact that a number of deadly viruses such as HIV and Ebola have emerged from regions in Africa such as Zaire, which appear to be selenium deficient. On the other hand, despite widespread unprotected promiscuous sexual activity in Senegal, another African country, HIV is spreading very slowly, if at all. The soil in Senegal happens to be rich in selenium.

It has been observed that some people live with an HIV infection for a decade before the virus can completely destroy the immune system. Others die within a couple of years of contracting the infection. Strong theoretical evidence suggests that selenium deficiency triggers the progression of HIV infections into full-blown AIDS.

Dr Ethan Taylor, of University of Georgia, suggested that the HIV virus robs the body of selenium and weakens its immunity. According to Dr Taylor, when the virus uses up all of the selenium in an HIV-infected T cell, it reproduces faster and starts attacking other T cells in search of more selenium. At some point, the body will not be able to supply enough selenium to quench the thirst of the HIV virus and the signs of full blown AIDS begin to appear.

Ultimately, the entire body's stores of selenium are wiped out by the spreading, selenium-hungry virus. So, selenium availability determines how fast the HIV virus infection transforms into AIDS. As one expert puts it, "selenium acts as a birth control pill for some viruses like HIV".

The immune system of the victim of the HIV virus will try desperately to combat the virus by producing large amounts of free radicals to kill the virus and associated bacterial infections. Without glutathione peroxidase and other protective antioxidants, these free radicals become toxic to the immune system itself, and the body becomes even less able to defend itself.

Selenium also protects against cancer and helps prevent tumours from forming. In addition to its functions as an antioxidant, it disrupts the carcinogenic process by inhibiting damage to DNA.

Several well designed medical trials have shown that an intake of small quantities of selenium (200 mcg per day) can reduce the risk of several cancers: breast cancer by 82 per cent, colon and rectal cancer by 69 per cent, prostate cancer risk by 54 per cent, and lung cancer by 39 per cent.

Selenium and other diseases

The AIDS pandemic is only one of several problems involving viruses that encode the selenium dependent enzyme glutathione peroxidase. Indeed, the world is experiencing other pandemics caused by Hepatitis B and C viruses, Coxsackie B virus along with HIV-1 and HIV-2.

Supplemental selenium would first help prevent viral infections and other immune system problems like cancer. Second, it assists the immune system deal with infections that are already present in the body. Here are my recommendations:

Good dietary sources of selenium include nuts (Brazil nuts have the highest concentration of selenium of all foods), brewers yeast, fish, oysters, turkey, sunflower seeds, wheat bran, wheat germ, garlic, soybeans and mushrooms. However, as modern agriculture uses more and more chemical fertilisers and with increasing acid rain from environmental pollution, the selenium levels in the soil is lowered. This results in lower selenium levels in our food.

The United States Department of Agriculture states that nutritional supplementation in the range of 50-200 micrograms (mcg) of selenium daily is safe and effective for healthy individuals. The Cellular Nutrition Programme that I take and often recommend in combination with immune support supplements provides well over 100 mcg of selenium daily. The programme also provides all the other major antioxidants as well. Remember, antioxidants work best together as a team.

For Hepatitis or HIV-infected individuals, a higher dose of 400 mcg seems more reasonable as the disease itself often impairs the absorption of nutrients.

The selenium story serves to highlight the tremendous importance of good nutrition for optimal health. It shows how a deficiency of one tiny micronutrient can produce such devastation to the immune system and general health. Hippocrates was right - "let your food be your medicine and let your medicine be your food."