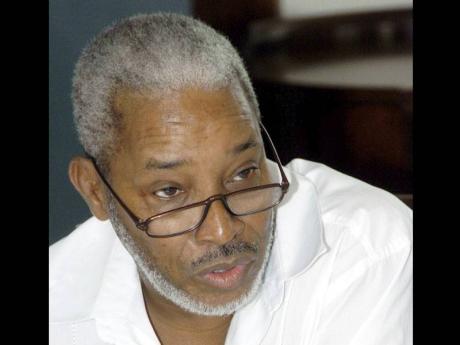 PAST PRESIDENT of the Medical Association of Jamaica (MAJ) and consultant obstetrician/gynaecologist Dr Errol Daley was recently credited for his vision to bring about affordable insurance coverage for doctors in Jamaica who have been sued for medical malpractice.

Dr Daley, who was head of the association between 2001-2003, was recognised at the recently MAJ annual symposium at the Jamaica Pegasus hotel, New Kingston.

The association said his success in bringing about affordable insurance coverage was testament to his hard work and dedication to the profession and the MAJ at large.

In 2002, Dr Daley was instrumental in the formation of the of the MAJ Insurance Fund (MAJIF), which helps to ease the financial burden off doctors who were being burdened by high insurance premium from overseas companies.

"For many years, doctors had been attempting to find affordable insurance coverage for medical liability. The sources that we had for getting insurance liability were mostly out of England," said Dr Daley.

He added: "What happened in England at the time was that they would use the British experience to make up the premium charges for doctors in Jamaica, so if they were having a lot of lawsuits in England, and not having a lot out here, we would be paying the same amount. It became very expensive to get coverage from English companies in Jamaica," Daley recounted

"When I was vice-president of MAJ, I was approached by doctors who couldn't afford it anymore."

Dr Daley said it was then he realised that something urgently needed to be done, and so the vision for MAJIF was conceptualised and developed.

"In 2002, MAJIF was formed with Firm Insurance Brokers. Today what it does is offer affordable insurance coverage to doctors in Jamaica ... starting from nothing. Over the years, we have acquired a lot of money and now we can afford to pay any liability suit," Daley explained.