Blake has 'heart of a lion' - Bailey 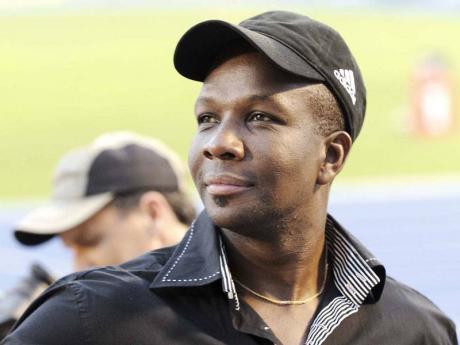 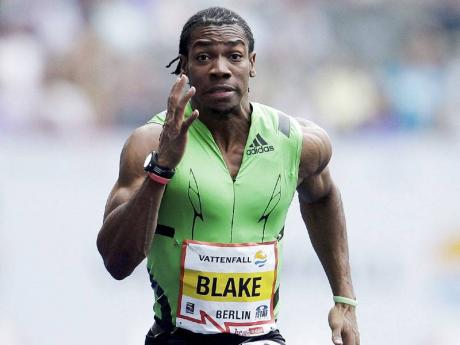 He may not have the same global appeal or colourful personality of his training partner Usain Bolt, but World 100m champion Yohan Blake has left 1997 Atlanta Olympic Games 100m champion, Donovan Bailey, extremely impressed with his development and ferocious competitiveness over the years.

Nicknamed 'The Beast' because of a well-documented penchant for heavy training and workloads, Blake was specially invited by the Jamaican-born Bailey to compete in the 100m at last weekend's Donovan Bailey Invitational track meet in Edmonton, Canada, where he won with a 10.05 clocking.

A long-time admirer of Blake's progress, Bailey, who also won a World Championships gold medal over 100m in 1995, encouraged the former St Jago star to remain true to his own personality and lauded him for his ability to prove that his World Championship run in Daegu was no fluke.

"As sprinters, everyone has their own outward personality, but beneath it all there's a heart of a lion," Bailey said of Blake, who trains alongside Bolt at the Racers Track Club. "Yohan may be the complete opposite of someone like Usain, but he wants to crush you when he goes on to the track, and that's what I like about him."

Blake's world title run, which came after Bolt false-started in the marquee event in Daegu, South Korea, last year, was overshadowed in most international media reports following the Games, with reporters paying more attention to Bolt's disqualification than to Blake's triumph.

"For a while, when a lot of people spoke, it was the fact Usain false-started as opposed to who the winner was," said Bailey, a former 100m world record holder (9.84). "I was glad for Yohan that he came back and ran the second-fastest time in history in the 200m and he continues to win at the 100m."

Meanwhile, Blake, who is now in the final stages of his preparation for next week's Jamaica Athletics Administrative Association/Supreme Ventures Limited National Senior Championships, which will be used to select Jamaica's Olympic team, has looked less than smooth in his last two outings - 9.90 in New York and this weekend's 10.05 effort.

The youngster is, however, not too bothered by his most recent showing as he believes the conditions were not favourable for a fast time.

"I'm used to running in the 9s," said Blake, whose 9.84 is the second-fastest time this season. "I felt like I was going fast, but the track didn't offer me any resistance to go fast. I'm glad I came to Canada, though. It was a different experience for me."

Blake is a favourite to form part of Jamaica's Olympic squad to England next month with a top-three finish at next week's trials in the 100m and the 200m if he is entered as is expected.