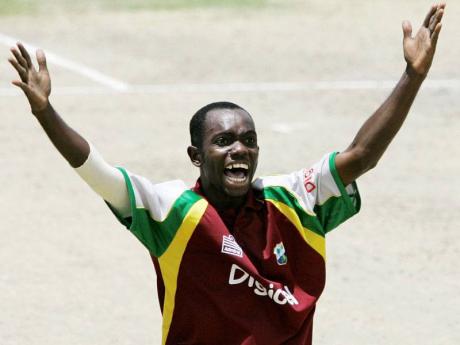 Sidelined West Indies left-arm spinner, Nikita Miller, says he is concerned about the state of the two-day Jamaica Cricket Association (JCA) Senior Cup, which has seen a number of one-sided and forfeited matches since the start of the season.

"Because of the amount of teams the quality of play has fallen," said Miller, who on the weekend claimed a match haul of eight for 26 against Lucas to guide Melbourne into the quarter-finals.

"I am not saying that there are not good teams, but as you can see there are a number of teams who are below this level of competition and it is resulting in matches ending inside one day and a general decline in the quality of play."

The first four were snapped up by St Elizabeth, Hanover, the Jamaica Defence Force and defending champions Manchester.

The quarter-finalists, however, were not decided without fanfare, as at least one of the qualifiers, St Catherine CC, qualified as a result of St Catherine CA forfeiting their final-round fixture.

Both teams turned up for the first day of the match at Port Esquivel, with St Catherine posting 218 in their first innings.

St Catherine CA, in reply, were then bundled out for 31 and following on reached 105 for five when stumps were drawn.

This, along with other similar occurrences, has led to many, including Miller, calling for a return to a two-tier first-division format, which he says would prevent circumstances like these.

"The state of the league is something that should be a concern for all cricket-loving fans as it is from the Senior Cup that the national team is chosen for the regional four-day competition," he said.

"I believe we should cut down the number of teams and have a two-tier, as was the case a few seasons ago when we had the Super League.

"The complaint we heard for the scrapping of the two-tier league was that there was a lack of sponsorship, but the ideal thing is to have less teams, more games and the best teams and players playing against each other.

"Additionally, if you have like a two-tier league you will encourage teams to improve their administration as that will decide whether or not they get demoted or promoted."

Dropped from the West Indies team after last year's ICC World Cup, Miller, who emerged as the leading wicket-taker during this year's West Indies Cricket Board Four-Day Tournament, also urged the business community to assist.

"The hope is that corporate Jamaica will hear our cries and come to our support as this is the league that has led to our success in regional four-day cricket," he said.

"And if the next group of players that are coming up don't get the opportunity to play in a competitive league I think we will struggle down the road."